A letter to my daughter 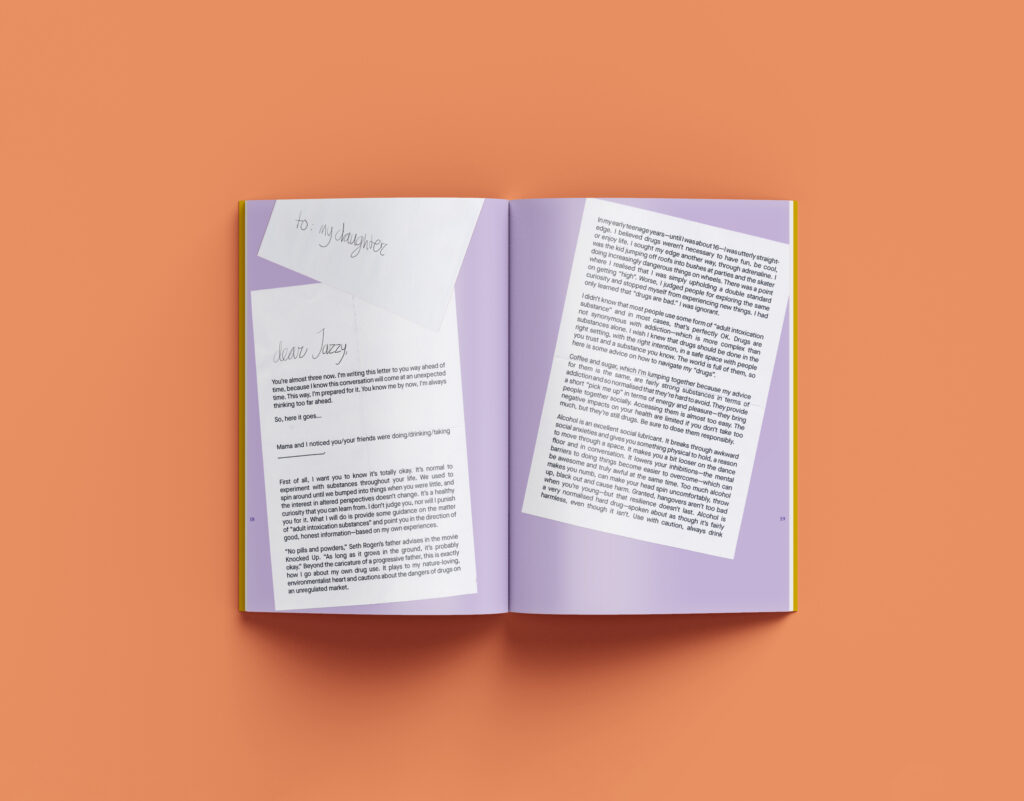 You’re almost three now. I’m writing this letter to you way ahead of time, because I know this conversation will come at an unexpected time. This way, I’m prepared for it. You know me by now, I’m always thinking too far ahead.

So, here it goes.

First of all, I want you to know it’s totally okay. It’s normal to experiment with substances throughout your life. We used to spin around until we bumped into things when you were little, and the interest in altered perspectives doesn’t change. It’s a healthy curiosity that you can learn from. I don’t judge you, nor will I punish you for it. What I will do is provide some guidance on the matter of “adult intoxication substances” and point you in the direction of good, honest information—based on my own experiences.

“No pills and powders,” Seth Rogen’s father advises in the movie Knocked Up. “As long as it grows in the ground, it’s probably okay.” Beyond the caricature of a progressive father, this is exactly how I go about my own drug use. It plays to my nature-loving, environmentalist heart and cautions about the dangers of drugs on an unregulated market.

In my early teenage years—until I was about 16—I was utterly straight-edge. I believed drugs weren’t necessary to have fun, be cool, or enjoy life. I sought my edge another way, through adrenaline. I was the kid jumping off roofs into bushes at parties and the skater doing increasingly dangerous things on wheels. There was a point where I realised that I was simply upholding a double standard on getting “high”. Worse, I judged people for exploring the same curiosity and stopped myself from experiencing new things. I had only learned that “drugs are bad.” I was ignorant.

I didn’t know that most people use some form of “adult intoxication substance” and in most cases, that’s perfectly OK. Drugs are not synonymous with addiction—which is more complex than substances alone. I wish I knew that drugs should be done in the right setting, with the right intention, in a safe space with people you trust and a substance you know. The world is full of them, so here is some advice on how to navigate my “drugs”.

Coffee and sugar, which I’m lumping together because my advice for them is the same, are fairly strong substances in terms of addiction and so normalised that they’re hard to avoid. They provide a short “pick me up” in terms of energy and pleasure—they bring people together socially. Accessing them is almost too easy. The negative impacts on your health are limited if you don’t take too much, but they’re still drugs. Be sure to dose them responsibly.

Alcohol is an excellent social lubricant. It breaks through awkward social anxieties and gives you something physical to hold, a reason to move through a space. It makes you a bit looser on the dance floor and in conversation. It lowers your inhibitions—the mental barriers to doing things become easier to overcome—which can be awesome and truly awful at the same time. Too much alcohol makes you numb, can make your head spin uncomfortably, throw up, black out and cause harm. Granted, hangovers aren’t too bad when you’re young—but that resilience doesn’t last. Alcohol is a very normalised hard drug—spoken about as though it’s fairly harmless, even though it isn’t. Use with caution, always drink enough water—you’ll thank me later—and take care of yourself and your friends: this one makes people do stupid things.

Cannabis is something I’ve found in every place I’ve worked with artists and creatives. From Mali to Nepal, Kenya to Palestine, the United States to Spain, and here in Belgium—people use it everywhere. You probably know by now that I love it. Even though I tend not to do it much in front of you (not more than I’d drink a beer in front of you, which isn’t often), cannabis is an element of my life that offers me solace, inspiration, calmness and focus. It’s a drug that allows me to engage more with creativity and conversation. I have had moments in life where I found my dependency on it too strong—a warning sign that I was working through other mental struggles. I introduced Mama to it as a painkiller for her endometriosis when we both thought it wasn’t a good idea to take the prescribed morphine on top of the already increasing prescription of codeine. We realise now that it helps so many women with this extremely painful disease. I hope that by the time you read this, Belgium is more realistic about the regulation of cannabis. A natural substance with proven medicinal value has no place on an unregulated market. It doesn’t make it safer.

Psilocybin mushrooms are very powerful drugs. They grow naturally in many parts of the world, including here in Belgium. I will take the day to go on a “trip” about once a year or so, with advice from friends who are experts on the matter. With the right intention and dosing, in the right setting, the experience can be wonderfully introspective—like doing six months of psychotherapy in six hours. But as much as it can shift your whole perspective, if it isn’t treated with the required respect you can have a very dark experience. I’ve had both. Keep it safe: use the buddy system, and buy them from a shop or forage with somebody who knows what they’re looking for. These are not party drugs and shouldn’t be taken lightly.

You’ll notice the first three drugs I mentioned are entirely legal—a hard to escape part of our culture. Most of them are almost inescapably advertised. The fourth one is a grey area: personal possession for consumption has been decriminalised in Belgium, but it’s illegal to buy or sell. The fifth is a catch-22: psychedelic mushrooms grow in nature and you can easily buy them in the Netherlands or online, and ship them across borders. In Belgium, possession and sale are criminalised. It’s the hallucinogenic chemical in full-grown mushrooms, psilocybin, which is lumped in with other hard drugs. Which makes it definitely illegal despite the easy access. Confusing, right?

The categories are arbitrary. The double standard with which our society looks down on certain substances while others have entire establishments built around them is ridiculous. The result is our current political process—a messy compromise of interests that does more harm than good. That’s the double standard I want to deconstruct for you, because demonising any kind of substance doesn’t make it safer. Prohibition. Doesn’t. Work.

I’ll leave you with two important bits of advice from your uncle and your grandmother:

Uncle P says: “Drugs can be a spice of life, nice to sprinkle over a dish, but you don’t want to overdo it.” Grandma says: “Everything in moderation.” Words to live by. 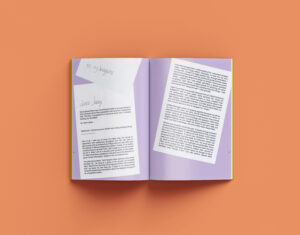