How accepting myself helped me escape from an echo chamber 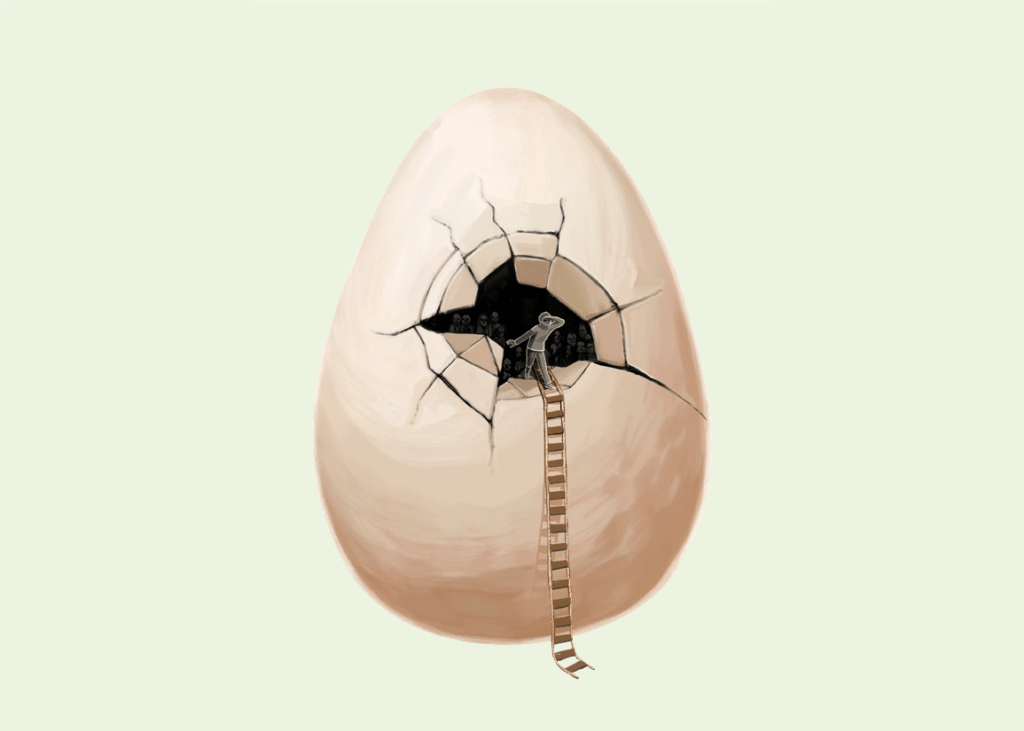 “Did you know they’re breeding humans with pigs?” Karin* asked Stephanie* after seeing a video about it. Stephanie didn’t know what to say.

When she first met her sister-in-law, Stephanie saw plenty of common ground between them. They are both Swedish, vegan and sceptical of big pharma. Stephanie admired how Karin had worked through childhood trauma and transitioned from medically-trained nurse to Reiki practitioner.

Lately, she felt that closeness was slipping away. Karin now believes climate change is a hoax. She sympathises with Trump and has bought into some of QAnon’s ideas after coming across related content on Facebook.

Born in the US in 2017, the QAnon conspiracy theory behaves similarly to a cult. It claims that a secret cabal of corrupt elites is running a child sex trafficking ring and plotting for world domination. An anonymous “Q” drops clues, predictions, and coded messages online, making it an attractive game for its followers to decipher. It draws people in by feeding them messages that appeal to their emotions in order to manipulate them into believing its version of reality. And it works: in October 2020, The Guardian reported that one in four Britons believed in QAnon-linked stories. As Karin’s example shows, fuelled by the pandemic, the theory has taken root in Europe.

Admittedly, we are bombarded with all sorts of information any given day, and it’s not always easy to sort through what is true or most important. Online, we can learn about microchips, the Deep State, child sex trafficking, and human-pig hybrids without prior intention. Viral content shows up in our feeds, shared at hyperspeed, hijacking our brains, which don’t have the capacity to process it properly. That this phenomenon worsened during the pandemic, with people spending much more time on the internet at home is not so surprising. And yet many of us regard those who get caught up in shady beliefs as delusional.

Committed to proving wrong her sister-in-law’s bizarre ideas, and believing she was helping the wider fight against disinformation, Stephanie investigated some of the things she’d heard Karin say. She realised how persuasive QAnon content could be. On Facebook, she began to actively search out and tag the content as “harmful.” Until her sister-in-law said, “Whenever I see a Facebook post marked ‘harmful,’ I trust it more.” Karin believes the platform’s censorship is part of an effort to cover up the elite’s secret plan to take over.

Stephanie feels deeply frustrated whenever she thinks of those she knows, like her sister-in-law, who believe so strongly in something she feels is “ridiculous.” “They won’t accept the facts!” Stephanie says. “And they’re being irresponsible,” fearing that the mass denial of COVID-19 and climate change puts human lives in danger. She’s perplexed, whilst her husband feels he has “lost” his sister.

Many will relate to their situation, and feel helpless in the face of such complexity. Our efforts to help the people we love often fail. How can the spell of these online conspiracies be broken and trust be rebuilt?

It’s not easy, but it can be done. I should know, because once upon a time—though I’m a bit ashamed to admit it—I was under a similar spell. It took me years to escape it.

I grew up in the suburbs of Philadelphia, where complex thinking and untidy living rooms were frowned upon. Regularly vacuuming the carpet was often deemed more important than unravelling the root causes of “white flight” from the cities. The mass exodus of white residents to “safer” suburbs” in the 1960s was taking business investment away and reinforcing cycles of poverty in the urban centres. This is why we lived where we did.

My parents fought for many years when I was young, and their divorce only deepened the trauma. Other people thought my dad was nice, but I’d witnessed what he was like at home. I learned things are not always as they seem.

My mom raised my sister and me as evangelical Christians. Jesus is the son of God. The Bible is the literal, inspired word of God. The world was created in seven days, and homosexuality is an abomination—or so I was taught in Sunday School.

My mom also believed in alternative medicine—homeopathy, chiropractors, herbal tea—and was a health food nut before it was cool. She didn’t let us watch much TV and pointed out any ads that tried to manipulate children.

My worldview differed so significantly from that of others around me, that I became a sceptic. I distrusted my dad, and male authority figures in general. If kids my age suggested we eat at McDonald’s, I’d decline. The Simpsons were inappropriate, cake was disgusting. Peer influence—both negative and positive—was all but edged out.

I used to tell people that through sheer determination I exposed myself to new ideas and environments, until I could pass as “normal.” And they believed me.

But the truth is more complicated than that. Close friends questioned whether I had to always follow what my mom said. I moved to New York to study early medieval history and intercultural communication, and soaked up the influences of the city. Roommates invited me to watch TV shows I’d not allowed myself to see before. I stumbled on interesting books in the library. I found ways to recreate myself and deliberately learned from and connected with people of diverse perspectives.

Writing in 2018, the philosopher C Thi Nguyen distinguishes between an “echo chamber” and an “epistemic bubble.” Being in a bubble is to be surrounded by the same sources of truth (news, friends, etc.) and limiting your exposure to other points of view. It’s an experience that is common to many of us who live a large part of our lives online. Being in an echo chamber is to go a step further and distrust outside voices.

Echo chambers, Nguyen says, like cults, are very hard to escape. To get out, a person must feel safe believing things and trusting people they previously thought were wrong. It takes time and patience, and the outcome is always uncertain.

I grew up in an echo chamber. Eventually, through a combination of chance and determination—through my own willingness to put myself into question and with the support of my friends—I discovered the power in sharing our most tightly-held beliefs and being open to those of others. I opened up to a world that was more complex, forgiving and exciting than my upbringing would have had me believe, and I recognised myself in it even more.

My re-socialisation and embrace of new ideas set me on a path Nguyen describes as a “social-epistemic reboot.” As a result, I sometimes felt disoriented. Leaving behind evangelical Christianity meant I lost familiarity and community. Embracing beliefs others considered “normal” made me feel stupid for ever believing differently before. But it was a formative experience.

Believing in conspiracies like QAnon sounds crazy, until we take a step back and admit that at times we’ve probably mistrusted governments too. We may also have wondered if someone is hiding the truth, or plotting against us. We too have worried whether our children are safe.

It’s easy to point out when others are being irrational or weird. But it’s harder to accept it in ourselves. Yet that is the necessary starting point if we hope to break through to someone who believes in an entirely different version of the truth to our own. Though it took a while, I got there eventually. 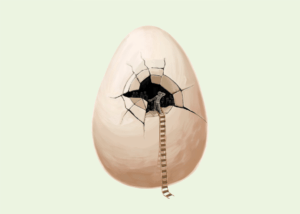