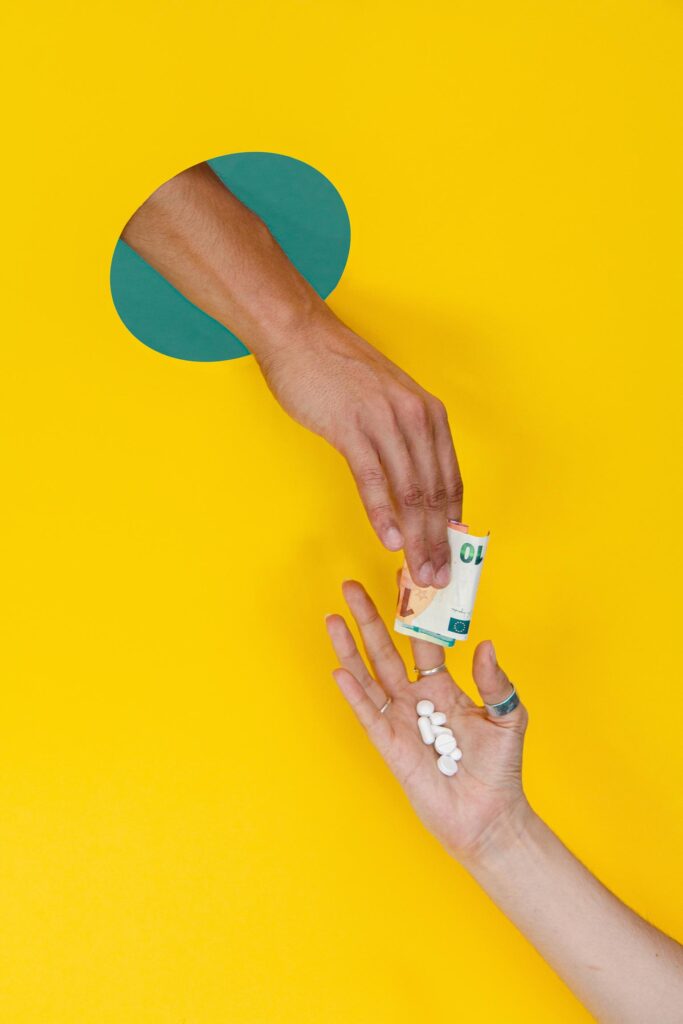 My mother decorates the wooden table in our kitchen with an old, red tablecloth. We rarely have guests over, so there is no need to place utensils, towels, and plates in a pretentious fashion. It is a familial table, and families are never perfect. Ours lacks two people, and we only use two sides: one for me and one for her. The rest of the space is occupied by a fruit basket, chocolate, bread, and a conspicuous plastic bag.

The bag is full of supplements and pills. The tablets and capsules come from different countries: Germany, Hungary, Russia, Ukraine, India, and France. The boxes have labels that look like visas and show different price tiers. My mother has breast cancer. As a middle-class resident of Chișinău—the wealthiest city and the capital of Moldova, she is not taking any chances.

Magnesium, zinc, iron, and other salts and vitamins are widely available in Moldovan drug stores—albeit at a steep price. In a country where people distrust doctors, high-quality supplements produced in Europe are in high demand.

Asking for prescription and over the counter medication in a pharmacy will often lead to a question in return: “We have India and Italy. Which one do you want?” It is up to the consumer to decide whether they want to pay two or three times more for European quality or pick a version produced in a city they may have never heard of. While the available drugs are approved by the Ministry of Health and should be of equal quality, the lack of trust in government institutions feeds into a lack of trust in the quality of imported products: western European brands are expensive but effective; the rest simply win procurement bids from the government by offering low prices.

In the absence of European-level regulation, the Moldovan market for pharmaceuticals, which does not locally produce many generic drugs, reflects broader socio-economic divides in Moldovan society. While many poor countries are plagued by an influx of cheap, low-quality products, including pharmaceuticals, the Moldovan government does not facilitate equitable access to medication. In a culture where people are used to asking their relatives to ship them anything from deodorant to fridges from western Europe—in hopes of better quality and price—it is no surprise that Moldovans have a particular approach to buying and using drugs.

The Moldovan medical field is rarely associated with anything other than general physical health, occasional blood work, and common surgeries. Treatment for complex or rare conditions is often only available abroad, and many people rely on donations and loans to extend the lives of their loved ones. Cold War militarisation resulted in the delegation of simple medical tasks to women, who would become frontline nurses and experts in which active ingredient to take in case of a headache, pain, or fever. Personally, I have never been to the doctor to have the symptoms of a common cold checked—even with an unusually high fever. In my childhood, my mother would administer antibiotics to me herself. Since most women over 40 learned to provide emergency healthcare as part of the Soviet education system, I am but one of the thousands of children treated at home by their parents.

Antibiotics, cough syrup, and nootropics support a system of at-home healthcare passed down through generations. Decades of Soviet medicine—moulded by scarcity and a need for resourcefulness—have now pushed people to find complex personal solutions to systemic problems. The current underdeveloped consumption economy cannot satisfy more than basic needs. Nor could it evolve to create a medical industry that would support a rapid increase in quality of life. This means that more people are living with chronic conditions or illnesses that require consistent treatment, without the corresponding access to medication.

After the fall of the Soviet Union and the subsequent breakdown of government institutions, determining the necessity of prescriptions for drugs perceived as harmless has often been subjective. A consultation often requires an under the table gift, a high price to pay for simple diagnoses and the ensuing prescription.

The Soviet legacy of scarcity and distrust also lingers in scepticism towards commercial research—impeding many people’s understanding of the importance of scientific advances in the pharmaceutical field. Synthetic drugs are unfamiliar and unnatural, and hence, the reasoning goes, unnecessary. Even more so if you cannot afford them. This is especially true for people with more traditional beliefs, such as the elderly, who have an acute need for the medication they reject or have no money for. Their decision is often influenced by a strong perception that healthcare workers eager to provide prescriptions are accomplices in the money-making schemes of foreign pharmaceutical companies, receiving free merchandise and attending relaxing conferences. As a result, the public debate around the effort and financial privilege required to maintain your health in Moldova focuses on the corruptibility of doctors rather than the unavailability of life-improving substances. Without media coverage and deeper awareness of the issue, the government is rarely scrutinised for its negligence in providing citizens with quality pharmaceuticals transparently.

My mother’s tamoxifen blisters—a treatment that blocks the effects of oestrogen in hormone-positive breast cancer—have come a long way to end up on our kitchen table. While she is eligible for free tamoxifen, my mother would rather pay out of pocket than trust local producers.

Regardless of diagnosis, you must be ready to take matters into your own hands in Moldova and scavenge for drugs where you can find them. The complex drug delivery system used by many Moldovans usually starts with an explicit suggestion from a healthcare provider: if you have the means, get your medicine from across the border since it will be of better quality. Their prescriptions, however, are worthless in both the west and the east.

My mother’s pills started their journey in Russia, where this particular German-made version is widely available. My mother’s Russian friend—in remission herself—extorted it from a pharmacist who had initially refused to sell it to her without a Russian prescription. Many pharmacists in former Soviet countries are forced to handle such requests from people who do not want to or cannot go through the required bureaucratic process, which involves long wait times for tests and referrals. As the largest market in the region, Russia is particularly affected. Many immigrants from central Asia and other former Soviet republics face discrimination when accessing Russian public services and cannot use prescriptions from their home country. Emotional pressure most often leads to the desired outcome: who would deny an ill woman a life-saving drug? Once successfully purchased, my mother’s tamoxifen was brought home by a pilot on a flight from Moscow to Chișinău.

Some medication is not even available in Moldova. I found myself in a difficult predicament trying to obtain a meningococcal vaccine widely available and recommended in western countries. It took a 12-hour journey to the Romanian city of Cluj-Napoca and an embarrassing request to a friend’s general practitioner for a prescription. Since I do not have Romanian health insurance, I had to rely on the doctor’s agreeableness for a piece of paper and a signature. A dose of Nimenrix set me back RON 200 (40 euros), whereas Bexsero costs RON 450 (90 euros)—approximately a fifth of the average monthly salary in Moldova.

The closing of borders during Covid-19 has exacerbated the precarious status quo Moldovans find themselves in. In the first weeks of the pandemic, my friend was worried about buying an automated insulin delivery system—a device she purchased for her younger sister with hard cash in Romania. Similarly, due to the late availability of Covid-19 vaccines in Moldova, my mother and I were forced to take out our Romanian passports and drive west to a village just across the border. Along with thousands of Moldovans with dual citizenship, we were eligible for vaccines and were allowed easy entry into the country despite border closures.

It was difficult to ignore the absurdity of our desperation as we watched tens of Moldovan cars crossing a culturally obsolete checkpoint. 30 years ago, smugglers would move desperate people across the river that divides Romania and Moldova in the hopes of a better future in western European countries. Last year, we did it to survive a pandemic. Our perpetual search for drugs and vaccines reveal Moldovans’ dependence on the benevolence of others. This cannot be avoided when the healthcare system we are meant to rely on is hollow and unable to stand on its own feet. 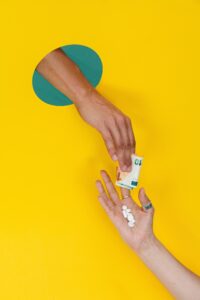