Straight From the Top

How state-sponsored trolling in Malta paved the way for a journalist’s murder. 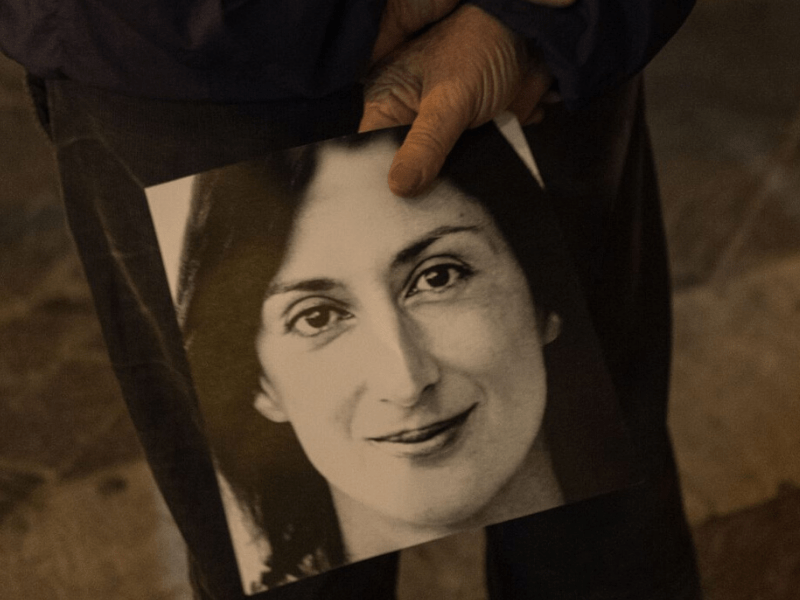 “For years I have been the target of sustained assaults by the Labour Party—and not just me, but also my sons and other members of my family—across all its media, print, broadcast and the internet, official and unofficial. The fascist, totalitarian targeting has been so ghastly that there is not a single person left on the island who doesn’t know my name, even if they can’t spell or pronounce it, and even if they can’t read Maltese let alone English and so have never read a single thing I have written. They don’t know what I write, but they know they should hate me and insult me.” Daphne Caruana Galizia, 6th October 2017.

“The brighter the light, the darker the shadow,” a quote attributed to the Swiss psychologist Carl Jung, aptly describes the situation in Malta. Posters for travel to the island present crystalline waters, sun-drenched cliffs, impressive ancient architecture and quaint village squares. Locally, our politicians boast of innovative industries and a thriving economy. But behind that pretty curtain, a shadow has long loomed over the European Union’s smallest member state.

It was thrust to the fore with shocking force on 16th October 2017, when the country’s leading investigative journalist was murdered by a car bomb explosion in broad daylight, just a few metres outside her home.

This is the story of how the Maltese Labour Party set up a woman to become public enemy number one. Once it was in government, the party used every means at its disposal to target, discredit and isolate her, until they had finally created the ideal environment for her enemies to feel confident enough to hurt her without fear of reprisals.

Or so they thought.

Daphne Caruana Galizia’s career started after the Maltese general election of 1987. During the 1990s she worked as a columnist at the Sunday Times of Malta and the Malta Independent, and was one of the first political commentators to use her name in the byline. By the late noughties, she had grown frustrated with editorial constraints and in 2008 decided to set up her own blog, called Running Commentary.

The blog, which she ran single-handedly, was to become Malta’s most widely read independent news site. Her supporters, as well as her detractors, read her updates assiduously. By late 2016, Politico Europe had included her on its list of “people who are shaping, shaking and stirring Europe.” She was “the blogging fury,” the entry read, “a one-woman WikiLeaks, crusading against un-transparency and corruption in Malta, an island nation famous for both.”

To her readers, she was simply “Daphne.”

Her analytical skills and writing style were a rarity in Malta. She was able to reconstruct seemingly unrelated snippets of information into a logical sequence of events. As a reader, you could almost make out her voice as she narrated the latest episode of corruption, cronyism and sleaze among the country’s top officials.

Her investigative pieces and revelations were often interspersed with jibes directed towards party apparatchiks and hangers-on. Many will say that this was the one aspect of her writing that they didn’t like, but in truth, it was another of the many reasons she was so widely read. She ridiculed and criticised public figures the way many would in the privacy of their home—only she did so publicly.

The insults and threats to Daphne’s safety started well before the scourge of social media. In 1995, her family dog’s throat was slit, its body left at the door of their home. In 2006, tires were piled against the back door of her house and set on fire in the middle of the night.

During the 2008 general election, Daphne and her youngest son, Paul, then a 19-year-old student, attended a political debate at the University of Malta. They were filmed and photographed at close range throughout the event, before Labour party media broadcast the footage on television and online. She would receive hate mail the old-fashioned way and was regularly insulted in the street by government supporters.

Members of the public were encouraged to film and photograph her going about her business. Many of the pictures were uploaded on a blog run by a communications adviser in the office of the prime minister, named Glenn Bedingfield, who published hundreds of pieces on the journalist. She was served with a seemingly endless series of libel suits by the politicians and businessmen she wrote about.

Malta is the only EU Member State where the two main political parties in the House of Representatives (the Labour Party and the Nationalist Party) own, control and manage their own media houses. This arrangement, established in the 1990s, was meant to be a temporary solution to counter state propaganda. Instead, party-owned stations, newspapers and websites became, and still are, partisan echo chambers.

Consequently, when Daphne Caruana Galizia criticised the Labour party, she became a target. During election campaigns the party plastered her face on billboards, depicting her as a member of the ruling elite and of the opposition.

When the Labour Party came to power in 2013, the harassment intensified, reaching its apex after the journalist exposed Maltese politicians who had been named in the Panama Papers scandal.

The harassment now appeared to be, in effect, government-sanctioned.

A public inquiry is launched

“I have a sense of time running out… so many things I wanted to do,” Daphne texted her friend and colleague, Caroline Muscat, a few days before she was killed.

Her brutal murder plunged Malta into a state of shock, but many of Daphne’s readers had long feared it might come to this. As the news made international headlines, thousands of government supporters reacted to it with calls for “celebration.”

Three weeks after Daphne’s assassination, in November 2017, Caroline founded The Shift News, an online news portal dedicated to investigative journalism. One of those investigations, into how government-sanctioned trolling created the circumstances that led to the journalist’s death, was to have a profound impact three years later.

It took a two-year campaign by civil society, NGOs, European institutions, and Daphne’s family for the Maltese government to finally announce, in December 2019, the panel of three judges that would lead a public inquiry to examine the background to her murder.

Three men suspected of setting off the bomb were arrested in December 2017. One has since pleaded guilty as part of a plea bargain and is serving a 15-year jail term. The other two are awaiting trial. The self-confessed “middleman”—who passed messages between the hitmen and the person allegedly commissioning the murder—is now a state witness and was granted a pardon. Yorgen Fenech, a Maltese casino boss with close ties to senior government officials, is awaiting trial for complicity in the murder. Others, including politicians and government officials named in the investigation and its cover-up, remain free.

“First point of interest was understanding how Daphne Caruana Galizia was being treated in these groups and what we saw was beyond anything we ever expected. It was quite shocking.” Caroline Muscat, February 2020

Caroline presented a report to the public inquiry on a six-month investigation that was undertaken by The Shift News ino the secret and closed Facebook groups that chiefly targeted Daphne Caruana Galizia.

Following the journalist’s death, Caroline and her team had noticed a pattern in the derogatory remarks about Daphne on social media, particularly on Facebook. They wanted to understand why and how this was happening.

Distraught by what was being uploaded, whistleblowers gave The Shift’s journalists access to six of the largest pro-Labour Facebook groups. Caroline and her team then quietly monitored their activity.

The six groups together totalled 60,000 members (about 15% of the electorate). Most of the groups had been created in 2013, the year that the Labour party came to power, and members were vetted and confirmed after showing their party membership card. They included many past and current government officials, such as Malta’s former prime minister Joseph Muscat, Malta’s former President, Marie Louise Coleiro, the former prime minister’s chief of staff, ministers, members of parliament and numerous government consultants.

The vitriol and dehumanisation campaigns and the counter-narratives—as well as the efficiency with which these were created and spread within these closed groups—proved staggering.

It was within these online spaces that The Shift News found further evidence of sustained vilification campaigns against Daphne Caruana Galizia. The team found countless instances of violent, misogynistic and abusive posts and comments, many of which breach Malta’s Data Protection Act and Malta’s Criminal Code.

Many posts were accompanied with disturbing doctored images portraying the journalist in all manner of dehumanising ways, both when she was alive and well after her assassination.

Every time The Shift published a story about their findings, government officials denied these were “hate groups.” Neither did they condemn or disassociate themselves from them. The former president of Malta and the former prime minister only left the groups once their memberships had been exposed and questioned in parliament.

And yet, the death of Malta’s foremost investigative journalist did not mark their end. They shifted focus instead. They continued to be active and started to target members of Daphne’s family, government critics, local journalists, activists, and opposition MPs.

The groups were also used to flood online platforms with disinformation campaigns and counter-narratives in order to sow doubt about the circumstances surrounding the assassination, the criminal investigations that followed, as well as discredit the public.

Those who orchestrated Daphne’s assassination did so based on the assumption that her death would be quickly forgotten. The opposite happened. A consortium of local and international journalists was founded to continue her work and a vocal civil society movement was born. Malta’s prime minister at the time of her murder eventually resigned in disgrace. The eyes of many international institutions remain fixed upon Malta.

The public inquiry determined that the Maltese state was indeed responsible for the journalist’s death. In its conclusions, the board found that her isolation and dehumanisation, coupled with the inaction of law enforcement and other authorities, helped create an atmosphere of impunity.

In other words, those who wished to harm her felt that they could do so in the assurance that they would be protected. They also added that “there was an orchestrated plan to neutralise the murdered journalist’s investigative journalism.” A plan that was successful precisely “because it was centrally organised by the Prime Minister’s Office and that eventually led to the complete isolation of a journalist when she also became the target of the then leader of the opposition.”

To those who knew Daphne and loved her, and to those who valued her work and unwavering commitment to the truth, it is of profound importance that a public inquiry report of this magnitude has included the element of her state-sponsored vilification and dehumanisation.

For too long, those in power played down, dismissed, or defended this behaviour under the guise of freedom of speech. Now, this will become part of an extensive body of international research documenting the state-sponsored harassment of journalists worldwide.

Most importantly, as her youngest son Paul pointed out, “it restores her humanity.”

During election campaigns the party plastered her face on billboards

Facebook group members were vetted and confirmed after showing their party membership card. 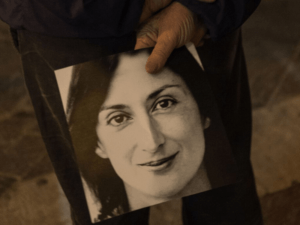 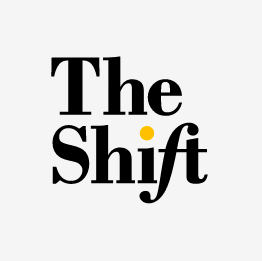 Made in partnership with The Shift