Drones in the vineyard

Evolution or revolution of our relationship to the land? 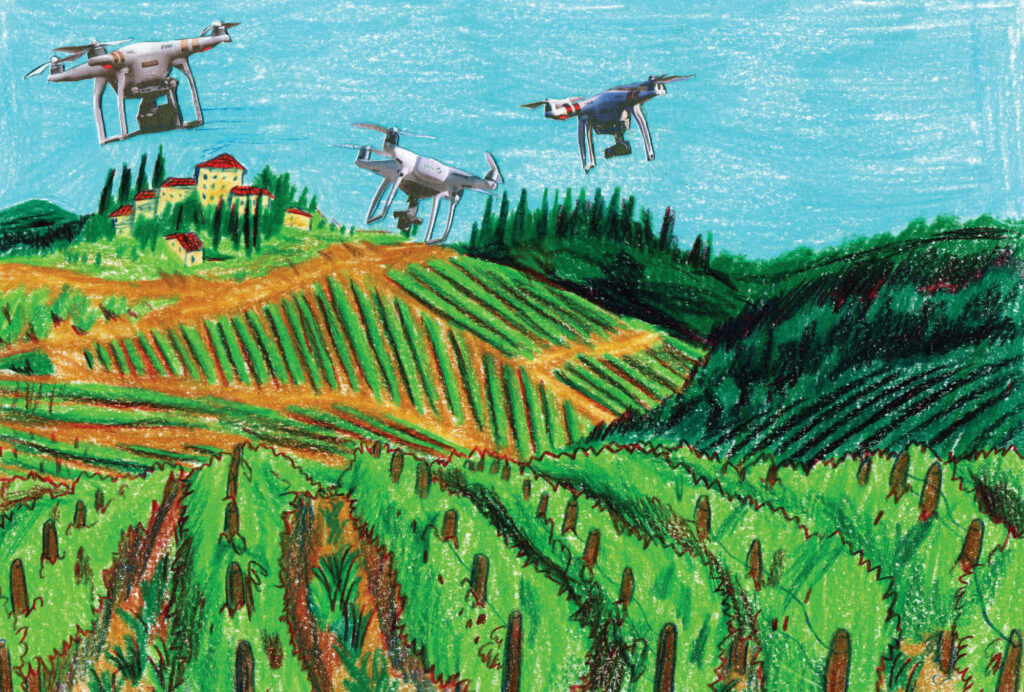 In the middle of two rows of grapevines, the hum of a motor suddenly breaks the silence. From the top of a steep hillside, Sebastien Michelas is standing still, scrutinising the movements of the impressive one metre-large drones hovering over his 52 hectares field below. He’s operating an electronic tablet, ready to transfer the data to a computer in his office. The scene defies traditional representations of the daily work of a winemaker.

In the last decade, winemakers across France have been hit by the consequences of unprecedented climate variations. Brutal hail devastated the crops, and the scorching sun caused the grapes to dry. In 2018, the 56-year-old Sebastien was chosen by the Ardèche Chamber of Agriculture as one of three winemakers in the country to take part in an experiment, testing innovative technologies to help adapt to these challenges. Ending in 2023, the programme will assess how drones can reduce the use of pesticides and alleviate the arduousness of manual work in a vineyard.

More than a simple beverage, wine is a culture. Farmers in central and southern Europe have transmitted their knowledge and practices across generations, preserving a rich, millenary heritage. In the 1970s, the implementation of innovations such as trucks and herbicides provoked an unprecedented change of working methods in the field. Today, flying engines such as drones can reduce some of the effort required by tasks traditionally performed by hand and eye. They can detect the colour gradient of the leaves, assess the risk of drought and provide images of the vines with a unique bird’s eye view. Drones also spray the plants regularly—and more neatly than most humans can—preventing water and pesticide wastage.

But several winemakers of the older generation worry that the use of drones will put an end to the ancestral bond between winemakers and their vineyards. By taking over jobs normally entrusted to people, it would be a further example of how our industrialised society increasingly distances itself from the land.

Sebastien, however, sees things differently. “I have inherited a historical relationship and passion for the vine,” he says, “even if the practices have evolved over the time.”

Sebastien describes the role of drones as marginal. The construction of the wooden palisade, the daily maintenance of the vineyard and the decision making—key steps in the winemaking process—remain under his responsibility. Similar tasks could not be performed by a drone.

Old practices are not always inherently good and worth preserving, Sebastien believes. While until recently, he used to have to carry 50 litre-bottles on steep slopes of over 30% inclination, drones now relieve him of this painful and hazardous task.

Besides, it would be a mistake to believe that wine-making practices have never evolved. Over the centuries, producers have always adapted their grape variety or watering and vinification techniques to changing climate conditions and temperatures, Sebastien points out. “Our job has evolved, but humans have always remained at the heart of the relationship with the land.” 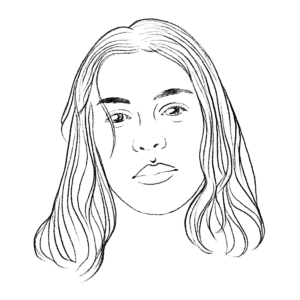 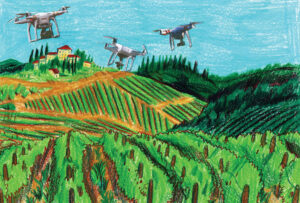