Throughout the continent, coffee is a drink that Europeans champion in the number of litres consumed per capita. In 2021 alone, Europeans drank 35 billion coffees. They are some of the most popular guilty pleasures in Europe: in Portugal, galão is made by adding frothed milk to an espresso and in Bosnia and Herzegovina, kahva requires you to brew ground coffee until foam rises on top, then allowing the grounds to sit at the bottom before you sip.

Although, we do get our caffeine from multiple sources. Coffee is—unsurprisingly—the largest source of caffeine intake, but chocolate comes in as a close second in some countries. Third place goes to soft and energy drinks—commonly perceived negatively due to their high sugar content while their high caffeine content flies below the radar.

In his bestselling book, Why We Sleep, Matthew Walker outlines an experiment in which NASA scientists gave spiders various drugs and photographed the webs they weaved. On LSD, speed or marijuana, the spiders created unusual webs that were still recognisable as such–with a centrepoint and radiating sections. But the spider that had been given caffeine weaved a fragmented web, lacking the structural integrity or familiar base-shape of its peers’ creations. Contrary to popular belief, caffeine might not be the best ingredient to function with—whether you are human or not—but it is ingrained in the everyday life of many Europeans. And while they sip or chew, most fail to realise that caffeine’s long-lasting impacts extend beyond its consumers, affecting the environment they live in.

We buy it, we consume it—and later we flush it. Whether it’s through our toilets, dishwashers or sinks—caffeine ends up polluting our rivers and oceans acting as a physiological stressor to aquatic life. So far, it has been traced in 13 European marine and coastal areas, with the Adriatic Sea (366.9 ng/L), Venetian waters (1110 ng/L), and the Aegean Sea showing the highest concentration of caffeine (3068 ng/L). Waters around Greece and Turkey, in particular, show levels high enough to change the DNA of crustaceans like crabs, lobsters and shrimps.

According to several studies, caffeine is among water contaminants that alter the behaviour, growth, and reproduction of aquatic animals. One of the main problems is tied to fish absorbing caffeine, which in turn triggers an increase in their antioxidant reaction. So much so that it becomes toxic for their organism—and they enter a state of “oxidative stress”, causing injury, disease and even death.

But fish aren’t the only aquatic victims. When contaminated water gets close to shore, caffeine sediments also deposit themselves on vulnerable microalgae and coral reefs. Further inland, caffeine is also present on agricultural land, as it is used as an insecticide. Its uncontrolled overuse puts terrestrial organisms in danger.

Still, caffeine’s toxicity for flora and fauna is not breaking news in the biological field. All studies performed in the past 5 years point to the same concerning results: just as much as caffeine affects humans’ sleep cycle and behaviour, the same applies to animals and plants. Many studies also use the presence of caffeine simply as a marker of illegal dumping. Wastewater—used water from household usage and the by-product of industrial production—should be treated before being released into the environment because it often contains toxic elements and chemicals—including caffeine. When researchers find caffeine in the sea, they’re very likely to find a mix of other pollutants coming from the same batch of wastewater. This is why the substance is used to measure chemical pollution in the ocean.

Despite the research, we still lack an easy solution to get rid of caffeine pollution. Some treatments require a lot of energy and are thus very expensive. Cheaper ones are unsuccessful in removing all the caffeine residue.

While monitoring EU sea protection, the European Court of Auditors stumbled upon an unexpected number. The European countries screened only spent 6% of available EU funds on the conservation of aquatic biodiversity in 2020—what other countries do is unclear. At the moment, the EU does not have a clear strategy to address caffeine pollution, let alone curb its caffeine production and consumption as a part of the European Green Deal. When it comes to clean seas, the European Union has admitted that wastewater is still a significant challenge that it aims to address next year.

In the future, the consequences of caffeine pollution are likely to get even worse for aquatic animals. With climate change making the waters progressively warmer and more acidic, researchers from the Ocean Acidification International Coordination Center point out that species may absorb more caffeine and therefore experience more severe consequences like cancer and sterility. The true effects of climate change combined with caffeine pollution, due to the unprecedented nature of both phenomena, are still unknown.

Humanity runs on coffee—as the popular saying goes—but nature clearly does not. As ocean pollution increases, Europeans might have to start questioning whether their caffeinated guilty pleasures are worth the environmental cost. 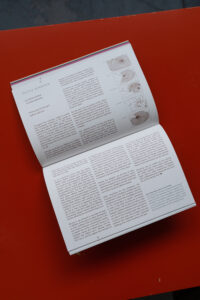