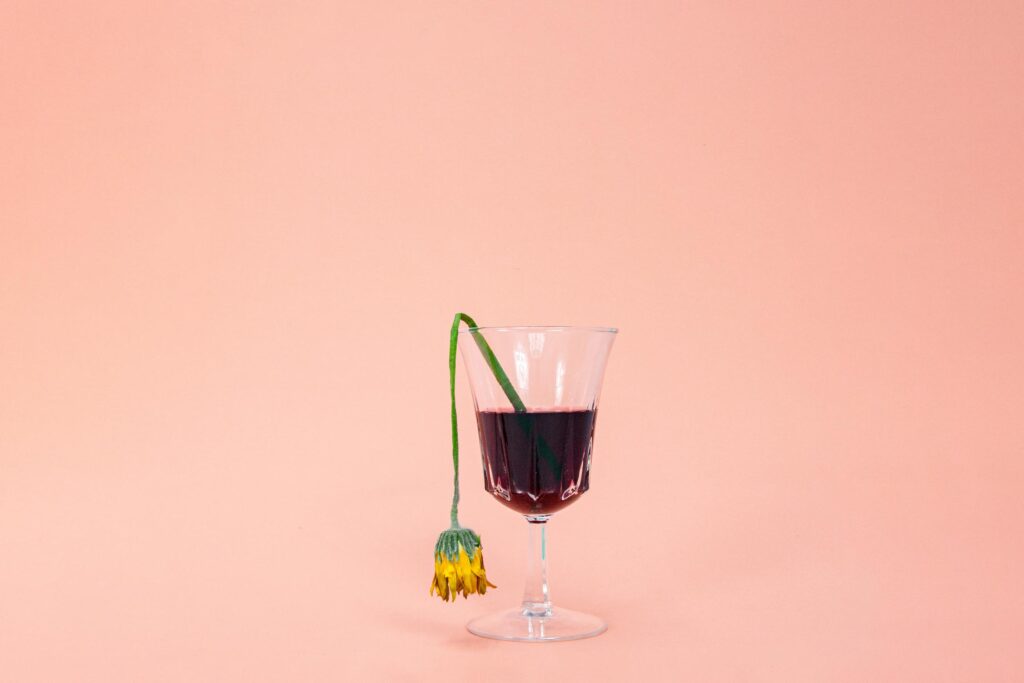 “Me tryna convince myself that p*ssing my pants in public is funny and not a sign that my life is completely unmanageable,” writes Abi Feltham in one of her TikTok videos. Underneath the text is a video of her younger self holding a beer at a rave, which has been viewed by 284,500 people. Dark jokes about her former substance use disorder are part of the content she creates on Instagram and TikTok, the social media platforms she uses to “open up the conversation about addiction and alcoholism.”

The London-based content creator started talking about recovery and addiction on Instagram a year ago and has since cultivated a community of 59,000 followers. And she is not the only one: Feltham is part of a growing trend of sober influencers, most of whom are based in the UK and advocate for addiction recovery.

On 1 April 2020, Feltham got sober after years of constant drinking and drug use that cost her both her job and relationship. She first created a fashion Instagram account to focus on something creative and fill the void that alcohol and drugs previously occupied in her life. One year into sobriety, she shifted her page towards sharing her journey of recovery.

“I find it very therapeutic,” she says. “I make sense of my thoughts by making content.” But her main goal is to break the stigma around addiction. To Feltham, humour is key when sharing her experiences. “I use it to see addiction through a lighter lens because it is a very heavy subject. When you put a spin on it, it opens up the conversation.” That is what makes her videos relatable, says Miri, one of Feltham’s followers.

“I love how she jokes about the hard times and the contrast to where she is now, because I feel the same way,” she explains. In 2019, Miri got drunk and almost drowned. She never thought she had a problem—she was a full-time college student and had a good job. Drinking just seemed like a way to relieve stress. “When I found Abi’s page, it made me realise that my experience wasn’t unique.”

Although Feltham’s videos describe extreme experiences, it is not only those who are in remission or recovery who watch them. Part of her following are people who have never experienced a substance use disorder. “Seeing things explained from an addict’s perspective helps people understand their loved ones struggling with addiction,” Feltham says. “Because it’s hard to ask someone what’s going on in their head when they’re on drugs.” She thinks her content can humanise the issue and those affected. So does Hope, one of her followers whose mother and stepfather are in recovery. “I grew up with a very different point of view. Abi’s content has given me more insight and understanding than I had before,” she explains.

Other sober influencers appeal directly to people who simply want to rethink their relationship with alcohol. The Instagram page @sobergirlsociety is one of them. Its posts, dominated by purple and pink, share messages like “drinking isn’t rebellious, not drinking is rebellious.”

When @sobergirlsociety popped up on Chynene’s explore page, she felt less alone. Following a breakup, the 31-year-old processed her feelings through alcohol. “I felt like I lost control and I was curious about what sobriety looked like for people my age,” she says. In a culture where so much of leisure revolves around alcohol, it was not easy to stop drinking. “It seemed unheard of in my social circles and I worried a lot about being judged for deciding to be sober,” Chynene admits.

Finding these platforms encouraged her to stop drinking for a year. She now drinks only occasionally. “Social media seemed an easier place to start than Alcoholics Anonymous meetings,” Chynene explains, “I felt joining AA meant labelling myself. It meant becoming part of this group of people who were radically sober before I even knew if it was something I was capable of committing to.”