800 Kilometres From Kyiv, Lithuanians Wake Up With Flashbacks of Tanks

30 years after Lithuania’s own “Bloody Sunday”, Russia’s invasion of Ukraine is unearthing trauma long believed over 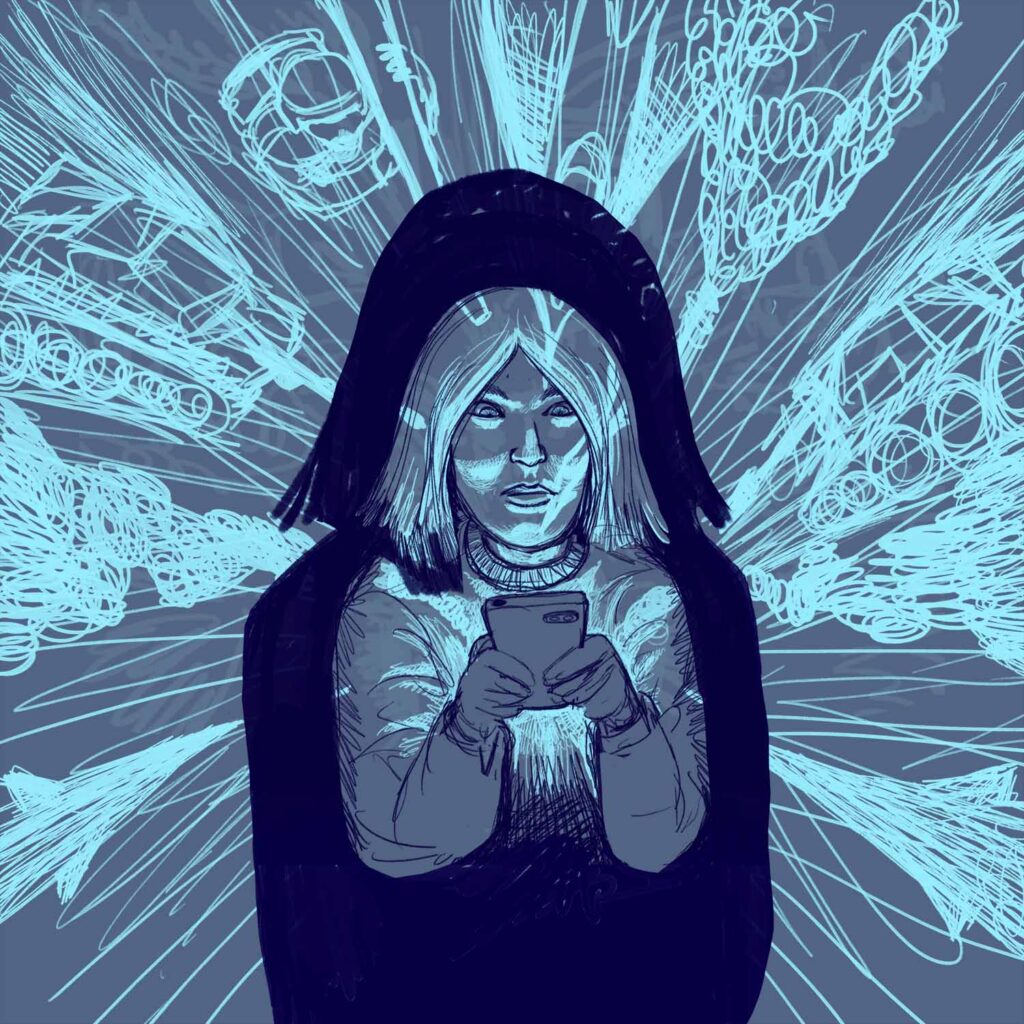 “Medication, a bottle of water. Some candles, matches and a lighter. A toilet paper roll and a small sleeping bag,” my aunt lists the items she has packed into a small emergency suitcase that converts into a backpack. “I haven’t closed it yet, because it is incomplete,” she says.

My parents are replacing some plumbing at home, but instead of installing the add-ons, they educate themselves about emergency response. “The new TV shows are very educational,” they tell me. “We have already upgraded our first aid kit and our car.” But, separated by the vast territory of Belarus, they are not even that close to Ukraine.

“I’ve forgotten how to have conversations about non-Ukraine,” a friend in Vilnius responds to a message about my day. Since Russia invaded Ukraine, conversations with family and friends in Lithuania inevitably touch on one of the following: stomach cramps, insomnia, or flashbacks to seeing tanks in 1991, when Soviet troops killed 14 people and injured many more.

Lithuania declared its independence in 1990, right before the final fall of the iron curtain. The USSR still existed and did not want to let go. It imposed an economic embargo on Lithuania, cut fuel supply, and insisted that Lithuanian men should continue serving in the Soviet army. In January 1991, the Soviet military rolled into the country to back pro-Kremlin forces and take power.

Some residents, upset by the rising prices of essential goods, joined Yedinstvo, a pro-Kremlin movement, and clashed with the parliament’s security and pro-independence demonstrators while demanding Lithuania re-incorporates itself into Soviet structures. Locals noticed the unusual military movements and mobilised to defend the parliament, radio and television in Vilnius and beyond. Many people of the older generations remember it as a heroic moment. Activists who guarded Lithuania’s nascent democratic institutions still speak of the thrill of being part of history. From making sandwiches to deploying amateur radio transmitters, the activists felt that their skills, hands, and equipment mattered in the country’s struggle for survival.

But the children of those days have somewhat different memories. And these memories resurface as they watch the invasion of Ukraine on the news. “I’m so scared,” says my friend Monika, born and raised in Vilnius. “Rolling tanks and living close to a Red Army base is my childhood trauma.”

A child’s act of resistance

When Russia occupied Crimea and backed insurgents in eastern Ukraine in 2014, young Lithuanians were jolted into action and joined the Lithuanian army or paramilitary forces. “When the developments in Crimea started, I got scared. It brought back memories from when an armoured vehicle rolled past our house to announce a curfew,” said Andrius Romanovskis, who had joined the Lithuanian Riflemen’s Union, a paramilitary group, in 2015.

The helplessness of seeing their country under attack imprinted itself on many Lithuanians who are now in their 30s. “My parents had then told us to switch off the lights, and we watched the tanks from our window,” says Monika, sick with worry thinking about Ukrainians going through much worse today. While adults stood guard near my town’s TV tower in 1991, I—a preschooler—felt powerless and desperate to contribute somehow. So I created a marching song and, still unable to write, asked my mother to pen it.

I recognise the urge to do something against Russia’s aggression in many people of my generation today. The acts of civil resistance can be small: deleting apps and unsubscribing from Russian-linked services to teaching foreign friends to say “Russian warship, go f**k yourself.” Putting western companies still doing business in Russia on a blacklist. Radio stations “cancelling” celebrity singer Egidijus Dragūnas after a cruel comment about Ukrainians, whose popularity had never budged when he promoted violence against women or evaded taxes. This war is a cultural watershed.

A rage of generations

I was at a New Year’s Eve party in Brussels many years ago, and when the clocks struck midnight in Moscow, I heard a couple of Russian guests ask the host to find a Russian channel on TV to watch the president’s address. “Are you interested in what Putin has to say?” I asked, incredulous. “It’s our tradition,” they answered. I had never met young people who followed a presidential New Year’s address before, so I watched the speech with them. Friendship, something something, celebrate friendship, Putin spoke.

Our moment of innocent cultural exchange in someone’s living room will be unimaginable when, timezone by timezone, 2023 rolls in. The choice of watching Putin’s speech is now—more than ever—a political stance. Listening to Putin while somebody else is happily chatting about the latest Netflix series is not an option anymore.

Volodymyr Zelensky, Ukraine’s president, is not the only one guessing whether the Baltic States may be the next target. The municipality of Vilnius is inundated with questions about bomb shelters for residents—which, it turns out, the city doesn’t have. The southern municipality of Druskininkai has mapped private underground vaults owned by businesses in case they are needed. A businessman who installs bunkers told TV3, a TV station, about a flood of requests to missile-proof people’s private property.

“Putin’s actions have awakened a collective memory of torture in the back of my mind,” Lithuanian illustrator Ula Rugevičiūtė Rugytė wrote on her artwork depicting her feelings about Russia’s aggression, “A Rage of Generations.” One of the works in the series shows the heads of a dragon burning a young woman from within and bursting out with flames, tanks and aeroplanes.

Right now, Ukrainian suffering rises above the trauma of Lithuanians. But Ukrainian grief reverberates across eastern Europe, far beyond the country’s borders. People are mourning—not just a beautiful country that will never be the same, but also their belief in a future grounded in multilateralism and openness.

Rolling tanks and living close to a Red Army base is my childhood trauma.

The municipality of Vilnius is inundated with questions about bomb shelters for residents—which, it turns out, the city doesn’t have. 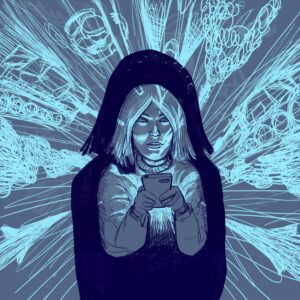