Opinion: The war on Ukraine mirrors the Turkish-Syrian border in 2013

History teaches us that solidarity based on similarity is not enough 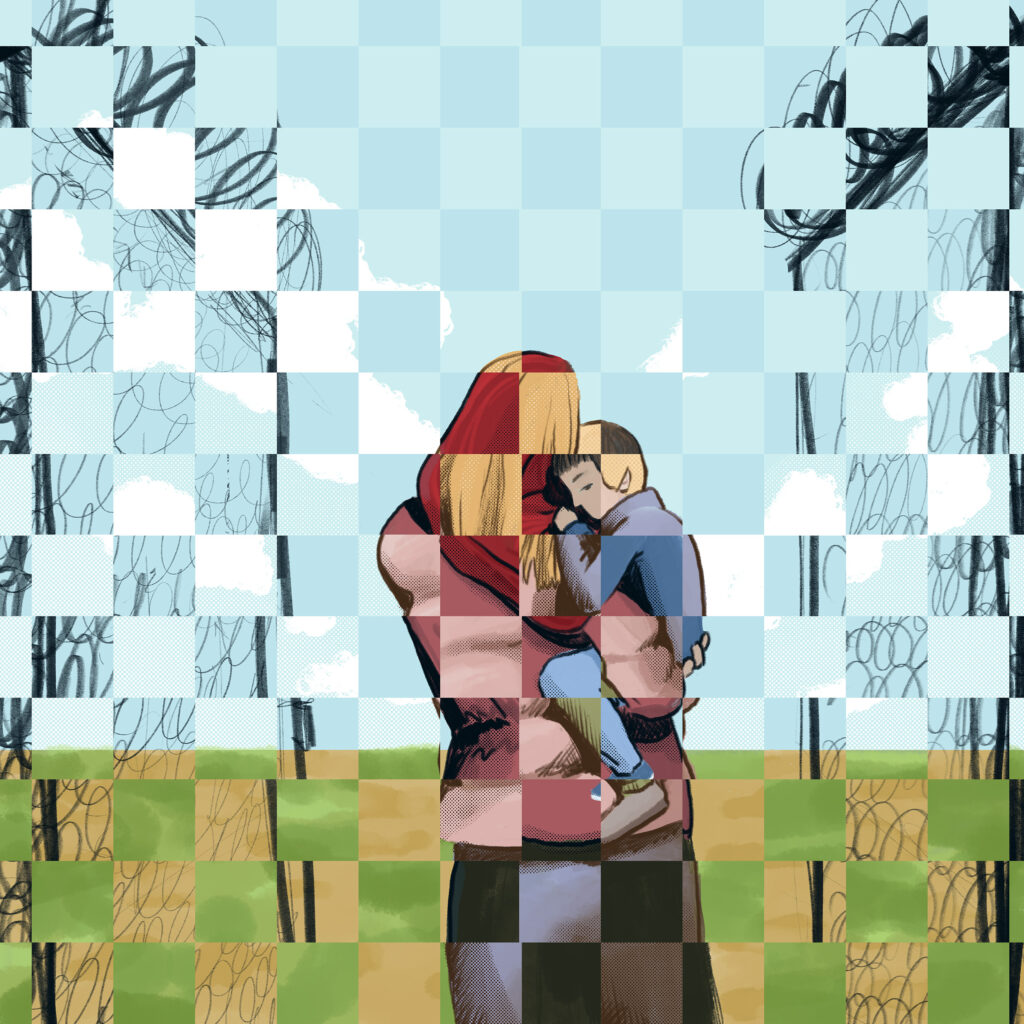 On every news channel, you can see cities blasted into rubble by the Russian air force. Desperate streams of people flee the fighting on foot in long ragged columns. The scale of human suffering is immense. Politicians and border agencies who, a few weeks ago, held harsh stances against migrants now fling the gates open because these refugees are different—you see, they are our siblings. “We” have a shared history with “them”. But I am not talking about the Ukrainian-Polish border in 2022. This is the Turkish-Syrian border in 2013.

Early that year, the Turkish government decided to open its borders to all Syrians fleeing the civil war. While traditional refugee camps and the UN-overseen refugee status still existed, any Syrian could now simply walk over the border and apply for residency in Turkey. The rapid transformation of the country’s refugee policy happened in a moment of genuine global heartbreak and sympathy for the Syrian people. It was also made politically possible out of feelings of religious and historical kinship between Syrians and Turks. Like today’s Polish-Ukrainian border, the Africans, Afghans and Kurds who previously waited outside the barbed wire were not extended the same mercies.

Over a month since the Russian invasion, Poland now holds more Ukrainian refugees than all other countries combined. But the similarities to Turkey’s position in 2013 run deeper than simple proximity to major conflict. The Turkey-Syria border was a safe place refugees fled towards. And much like the Polish border today, it is not exactly outside the war.

Turkey opened its society to Syrian refugees, but it was never neutral in that conflict. The border that refugees poured over also acted as a logistics hub for sending weapons and assistance. The Turkish border served as a host site for the multinational “train and equip” program to train Syrian rebels to fight the Islamic State and was targeted by a series of vicious bombings to disrupt those same efforts, killing dozens—including aid workers—in at least 17 ISIS attacks since 2014.

Turkey’s many military interventions over the border into Syria might have been in the name of creating humanitarian safe zones but also served Turkish interests in inter-Syrian power plays. Turkish incursions have prevented the emergence of a contiguous Kurdish-administered zone, propped up their chosen rebel proxies, and kept strategic regions outside Syrian government control.

The same could be said about the Polish-Ukrainian border in 2022. It is a place of refuge, but also a significant logistics hub for the NATO arms supplies pouring into Ukraine. The Polish government sees these cross border supply lines as an opportunity to pull its historic rival Russia into a military quagmire and bolster its own place in NATO—an alliance deemed essential to Polish security. On 13 March, a training base for foreign volunteers was attacked in western Ukraine, right on the Polish border. Russia has become more comfortable attacking logistics sites near the Polish border with long-range missiles and has declared that they perceive arms convoys as valid military targets.

Both regions which find themselves bordering conflict zones were not idyllic before war. South-eastern Poland and south-eastern Turkey are among the poorest areas of their respective countries, with physical infrastructure lagging behind cities like Warsaw and Istanbul. While they have significant industrial economies, Turkey and Poland still have large working-class diasporas in western Europe sending remittances home. As Turkey shows, a country that is itself a source of immigrant labour is not well suited to absorb a sudden influx of refugees who will compete for casualised and low-wage work. Turkey and Poland both have demographically young working-class diasporas in western Europe because neither of their economies can generate enough entry-level jobs—the same jobs recently arrived migrants traditionally fill.

Both countries also stand at an institutional crossroads regarding the institutions that control migrant flows. In 2013, Turkey restructured its entire migration system amid the Syrian refugee crisis, founding the Directorate General for Migrants and Migration (DGMM) as part of the sweeping reorganisation to welcome Syrians. A modern and efficient migration agency, the DGMM added significant state capacity to immigration control—which is now being used to virtually seal off Turkey from accepting Afghan refugees, sub-Saharan Africans, or Iraqi Kurds.

Poland stands at a similar turning point. Frontex—the European Union’s new pan-European immigration agency headquartered in Warsaw—infamously militarised and locked down the Polish border just a few months ago, leaving Middle Eastern and North African refugees starving and freezing to death in the Belarusian forest. With a grim record of pushbacks of migrant boats in the Mediterranean, Frontex has been criticised for implementing a harsh and radicalised migration policy for Europe. They are now on the front lines of the Ukrainian crisis and finally give orders to act in solidarity. 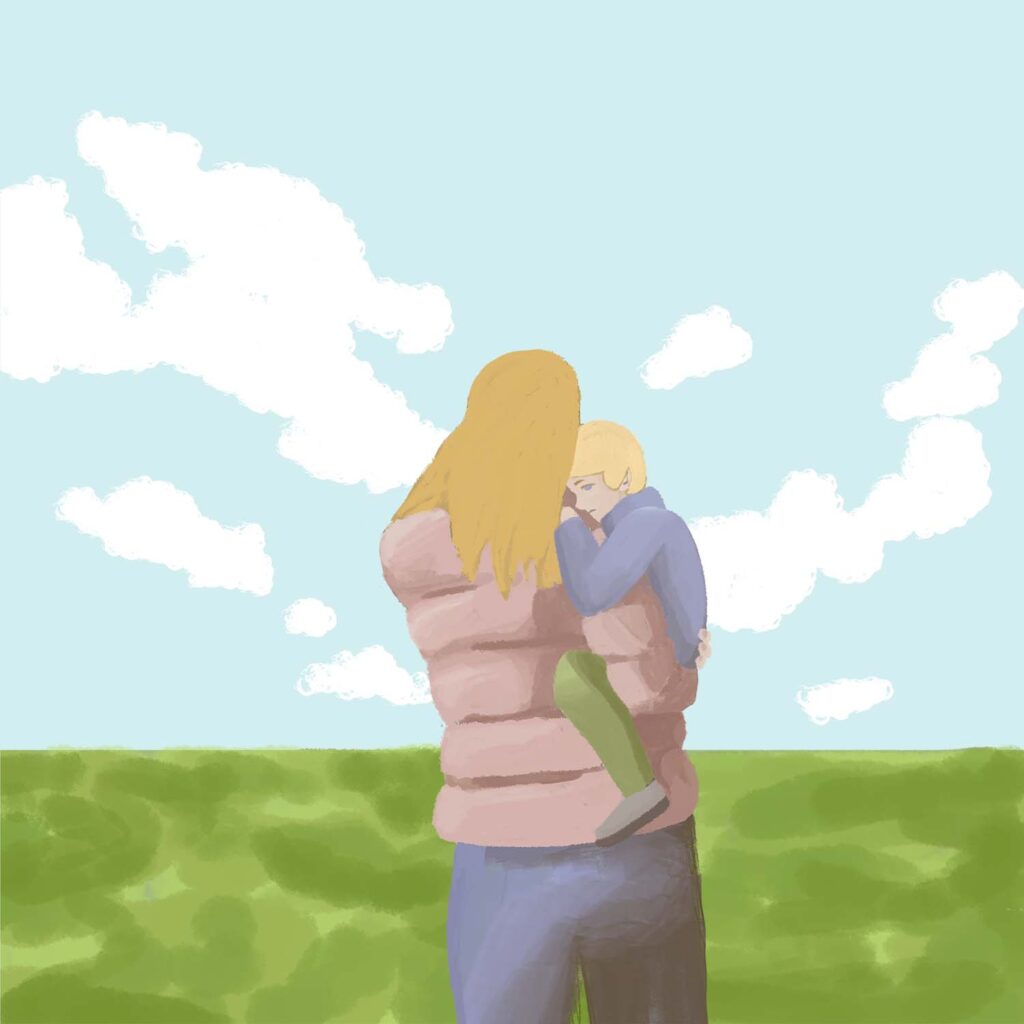 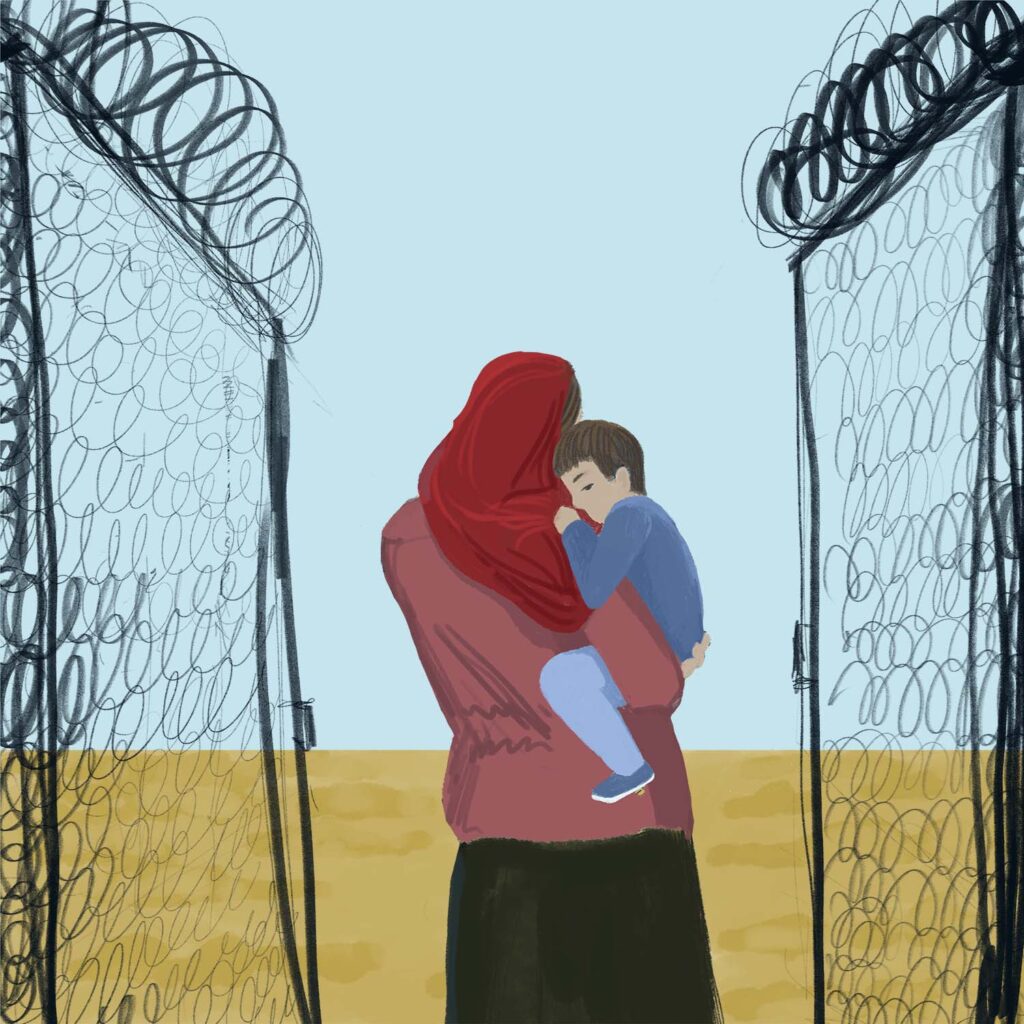 However, solidarity stemming from historical, communal or—let us be blunt—racialised similarities is a fickle and fundamentally dangerous thing. It is built upon feeling, not principle or reasoned policy. It is structurally predestined to over-promise and under-deliver because feelings change on a shorter timeline than the consequences of migration policy. Over a decade after the outbreak of the Syrian war, five per cent of Turkey’s population are now refugees. In the face of an economic downturn, mass resentment against what is now a well-established and permanent Syrian diaspora in Turkey is mounting.

In the summer of 2021, anti-Syrian riots broke out in the same Turkish cities that once welcomed people fleeing a horrible war. The Syrian civil war is still ongoing—and even if all fighting ended tomorrow, for the millions of Syrians who have built lives in Turkey, Syria is no longer home. Ukrainians now have the right to stay in the EU for three years. Five devastating weeks into the invasion, it is clear that even a peace deal tomorrow would be no guarantee of a Ukraine in any shape to return to when this EU temporary protected status expires in 2025. Cities like Kharkiv and Mariupol have already joined Aleppo and Homs as horrifically and irreparably changed places. The rebuilding will take ages and vast swaths of money.

The emergence of a double standard in rhetoric and policy in Western media towards Ukrainian refugees, when compared to Syrians, is upsetting and unfair. Not just to Syrian refugees but also Ukrainians because it suggests that this colossal refugee movement is somehow logistically different. The Ukrainians currently fleeing for their lives deserve mercy and refuge even if that same thing is denied to others, true. But blond hair and geographic proximity will not magically remove the burdens on the host nations’ infrastructure or social welfare institutions. A historic outpouring of pan-European sympathy will not protect new arrivals from a precarious existence in an informal economy that already exploits many Ukrainian immigrants in Europe.

Before the invasion, there was already a significant diaspora of Ukrainian migrants—by some estimates, more than a million in Poland alone—disproportionately young, male, from conflict-affected eastern Ukraine. They were working menial and low-paying jobs, often in the informal economy. The EU’s granting of temporary status to all Ukrainians removes any distinction between refugee and economic migrant. If this decision were intentional, it would be laudable—but it is not clear that this was the intent. The pool of desperate refugees who arrived in the last months appear primed to fill jobs at the lower end of the economy and are vulnerable to other forms of exploitation.

The reality is that these refugees are not returning. Not nearly all of them, and not anytime soon. For this, there are more lessons to be drawn from the region. In 1948, Lebanon accepted tens of thousands of Palestinians fleeing the Nakba in what would become Israel. The Lebanese act of solidarity was a statement of support in an ongoing conflict. As the years dragged on, however, the very fundaments of this policy became the crux of a new problem. Palestinians had been living in Lebanon for decades, yet giving them Lebanese citizenship would accept their military defeat, legitimate an Israeli state that Lebanon did not diplomatically recognise, and endorse an unjust status quo.

Generations of Palestinians have been born, grew up, lived and died in Lebanon (as well as in Jordan, Kuwait and Iraq) without the full legal rights of citizens, living in institutional marginalisation precisely because of the solidarity felt with their cause. They were supposed to be given temporary refuge for the duration of the fighting—just like the Syrians in Turkey, just like Ukrainians in the EU. With the military outcome of the Russian invasion unclear, Europe needs to ask itself what the full implication of this decision might be—years and possibly decades down the road. Will the child born next week to Ukrainians in Krakow, who may never go “home”, be placed in the same lifelong limbo as the child born in Beirut in 1948, or even today? Temporary protected status is given because conflicts are assumed to end within some reasonable timeline. The history of Europe’s neighbouring regions shows that this is not always the case.

While they have significant industrial economies, Turkey and Poland still have large working-class diasporas in western Europe sending remittances home.

Turkey opened its society to Syrian refugees, but it was never neutral in that conflict.

It is structurally predestined to over-promise and under-deliver because feelings change on a shorter timeline than the consequences of migration policy.

Blond hair and geographic proximity will not magically remove the burdens on the host nation. 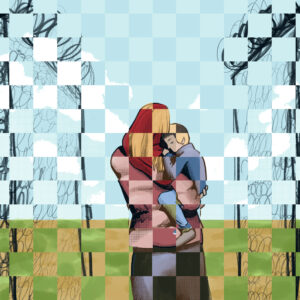