The girl wonders who tried to save a Scottish skatepark 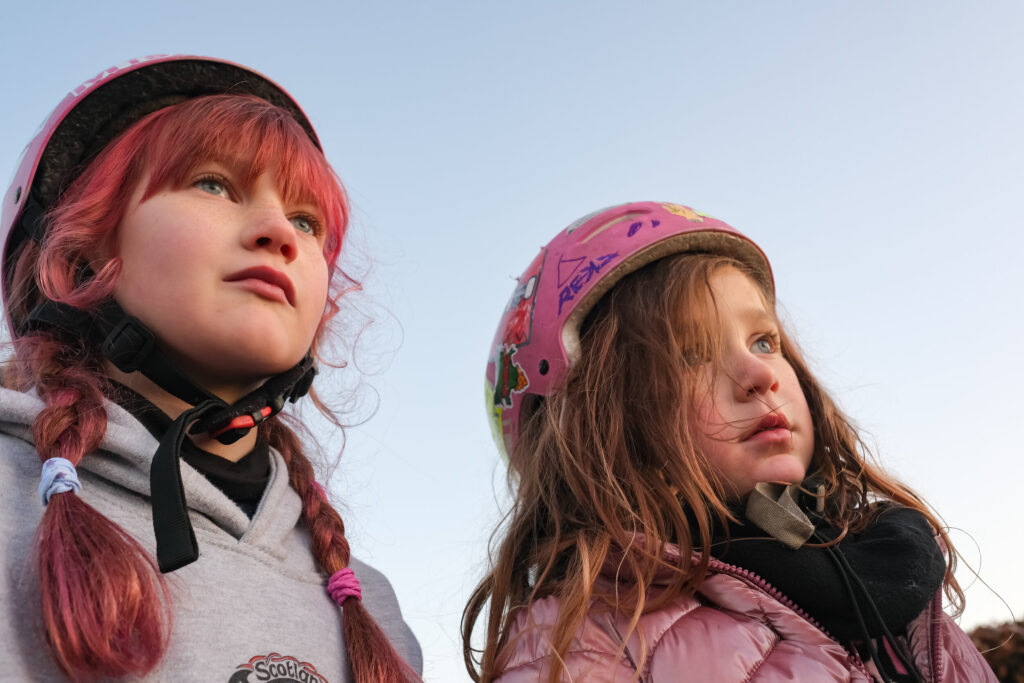 “Most skaters are boys, I don’t know why,” says six-year-old Mac Morrice from West Lothian in Scotland. “Everybody thinks skating is a boys’ sport, and we should be inside playing with dolls.” Her sister Rudi and friend Poppie Smyth, both seven, nod their heads in agreement. The three go on to chat about the times they’ve been teased at school for skateboarding and made to feel as if they’re weird and different from the other kids.

At the skatepark, on the other hand, they feel like they belong. That’s not surprising. It’s the exact role these concrete spaces have been playing in communities all over the world since the first park was built in the United States in 1965. Safe havens for like-minded people—usually older children and adults, who are more often than not male.

The girls call themselves the Snagglerats, a name inspired by the fact they all had wobbly teeth at the same time. They used to skate at their local Livingston Skate Park—known as Livi—and would often be the only ones there. In 2019, filmmaker Parisa Urquhart, whose uncle Iain originally designed the park in 1981, saw them skating there, and decided to make a documentary about them. She called it Long Live Livi.

“When I first met the girls, they would have been five or six, and they were already great skateboarders,” Urquhart says. “They had no fear and impressed the older guys with how much they were flinging themselves around and how they kept trying and trying. I saw them and thought: ‘Wow! This is the young generation that is hanging out here.’”

Livingston Skate Park has played a pivotal role in Scottish skate history. It was once so renowned it hosted pro skaters from all over the world, including Tony Hawk, Steve Caballero and Mike McGill. Photos from the time show packed crowds lining the grass around the bowl, and sunlight glinting off the concrete—scenes which look far more Californian than Scottish.

“The cracks make it scary,” says Poppie in the film. She’s trying to decide whether to drop in on one of the steeper sections and starts crying, through a combination of fear and frustration. The park isn’t as smooth or safe as many of the other places where the girls skate, in contests all over the country.

“All it takes is one fall and that’s months of building their confidence back up,” says Poppie’s mum. “You find yourself thinking, should I be encouraging her to do that?” The mothers are also frustrated with the condition of the park. They can’t always afford to take the girls to indoor facilities, where the surfaces would be safer. Livi, like most outdoor skate parks, is free to use.

Skateboarding is set to make its debut at the 2021 Summer Olympics. With the International Olympic Committee insisting on achieving gender-balance across all disciplines, this is encouraging news especially for the sport’s women. Poppie already has her sights on a future Games. But her mum warns that equality won’t arrive without decent spots for the girls to skate.

“If we’re going to have equality in skateboarding, these girls need a place where they can get better,” says Poppie’s mum. “There’s a whole generation of kids that want to skate [Livi] at its best. They want to have the great opportunity that people had 30 years ago, when it was the best park in the world.”

The girls and their mums had the idea of setting up a crowdfunder to improve the conditions at the park and make it easier to skate there. Not just for themselves. They wanted to spread the joy of skateboarding and attract more local kids to the place and the sport.

They secured the backing of the council and even enlisted the help of Tony Hawk, whose appearance via Skype to surprise the girls is one of the documentary’s highlights. One of them is so overwhelmed she begins to cry. Tony tells the girls his memories of visiting Livi and how he thinks of it as a landmark that needs to be saved to encourage more people to skate there.

One of the girls suggests it would be fun to get a time machine and go back to the early days of the park, but Tony warns them it wasn’t so easy then for girl skaters. “They were not as welcome with open arms in skating back then,” he says. “It was really hard to be a girl skater because people just had a lot of bad stereotypes and there wasn’t much support.”

Long Live Livi was broadcast on BBC Scotland in 2020 and had an impact right away. “The response we got from parents was unbelievable,” says Parisa. “They said their kids loved it and were watching it over and over again.” Skate shops in Glasgow and Edinburgh were overrun with parents coming in to buy skateboards for their kids, who they’d then take down to Livi.

As parents connected with each other, a new sense of community developed. “It brings equality to communities as there are a lot of people who can’t afford to go to indoor parks,” says Parisa. “How many places have all these different income levels and generations coming together?”

But there was also a less positive postscript to the documentary’s release and especially to the crowdfunder to fix up the park. Some local skaters set up a counter-petition to object to any improvements to the park, stating Livi’s gnarly nature was part of its appeal. They wanted to “Keep Livi Great” rather than “bubble wrapping” the park.

The tone of the debate became hostile. Due to threats and intimidation the Snagglerats’ mums backed off and eventually stopped taking the girls to skate at Livi at all. They still skate regularly at other parks, where they are welcomed and continue to inspire young skaters all over Scotland and beyond. And they’re now trying to get a much smaller skate park at nearby Winchburgh improved instead.

It’s a worrying outcome. A top-quality skatepark can really lift the spirits of a local community, and encourage young people to take up sports which are helpful for their wellbeing. And it raises questions of who has the rights to control a public space, not to mention its collective memory.

“It’s been bittersweet,” says Parisa, “I find myself wondering if this would have happened if the campaign had been led by fathers and sons.”

Despite skateboarding’s inclusion in the Olympics and the recent push for equality, it’s hard not to think she may be right. 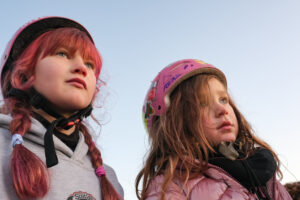