What the pills we drop do to the planet 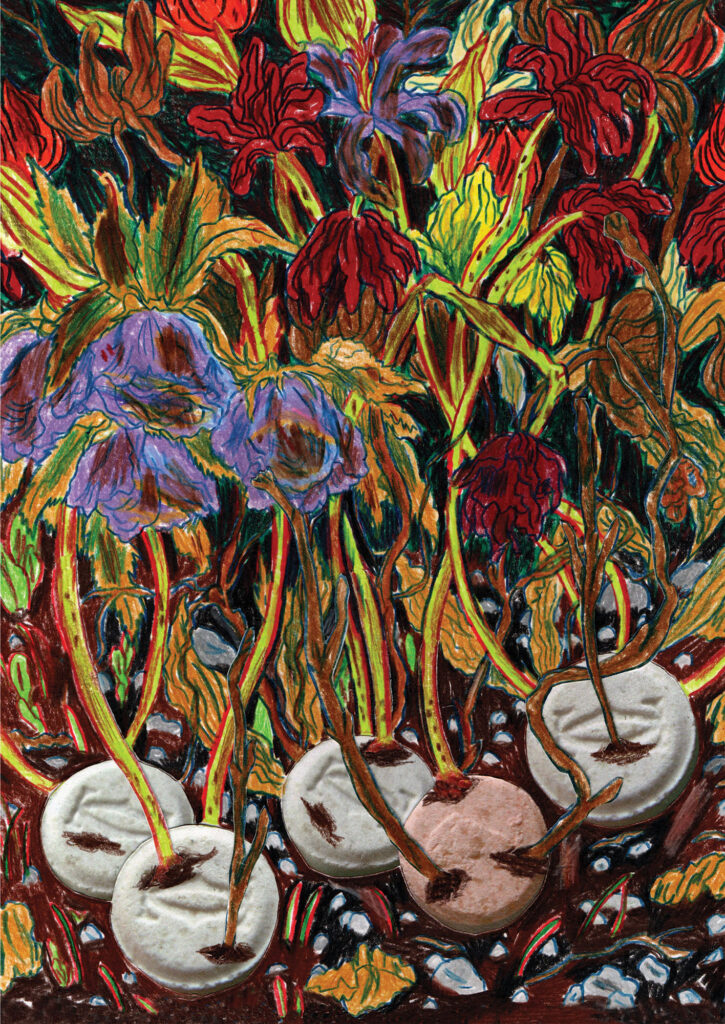 Concerned about the pollution that comes with meat consumption or plastic production, more and more young Europeans are factoring environmental issues into their lifestyle and daily decisions. But very few would take this approach towards party drugs.

In 2020, two million European young adults aged 15-34 used MDMA at least once, according to the European Monitoring Centre for Drugs and Drug Addiction (EMCDDA). Its use is usually associated with nightlife and is often episodic. We rarely consider synthetic drugs to be as problematic for the planet as a burger or a plastic-wrapped good. But the drug industry, too, has an environmental impact, and it is one that most of us are not aware of.

“But, I’m already vegetarian,” responds Sarah when I confront her with the fact. I meet the young woman at a house party in Brussels during lockdown, when all the clubs are shut. She does not believe she shares responsibility for the ecological impact of the drugs she consumes, or that she is able to do anything in this regard. (She closes her eyes as she swallows a pill, ready for the next few hours of pure joy).

The history of European synthetic drug production started in the southern Dutch region of Brabant. In the past 10 years, clandestine drug labs have multiplied, producing MDMA and amphetamines in abandoned country houses, camper vans, garages, and basements across the country and its borders. The Netherlands and Belgium are now prime locations for synthetic drug suppliers to set up shop.

But the increase of drug labs leaves a sour taste. More production means more pollution. Drugsafval, a Dutch word meaning “drug waste,” is the leftover mix from the production of synthetic drugs. It includes reagents such as ammonia, sulfuric acid, and acetone, commonly used in the chemical industry to produce medicines, explosives, and fertilisers. A 2017 study shows that each kilogram of synthesised MDMA causes between six and 10 kilograms of waste product. The production of amphetamines causes even more, some 10 to 20 kilograms of waste per kilogram. All of this waste needs to disappear as quickly as possible, to erase any evidence of criminal activity.

In the middle of the night, hundreds of kilometres away from the cities where their pills are sold, drug gang members discharge litres of chemicals freely in nature. Here, the liquids stagnate, looking like harmless puddles.

Since 2013, the Dutch and Belgian authorities have recorded over 1,100 cases of drug dumping. Big blue jerry cans filled with toxic liquids are left behind in abandoned labs, on the side of the road or in the woods. But these quantities do not add up to the estimated overall drug production of the two countries. The police believe they are only finding—and cleaning up—20% of the poisonous waste.

Criminals looking to dump their chemical waste target out-of-town locations that are known to be poorly patrolled—such as national parks and nature reserves in the Netherlands and woods in Belgium. Arjen Simons, Coordinator of the Dutch nature reserve Brabants Landschap, has seen a sharp incline in discovered dumping sites. “This used to be the exception just a few years ago,” he says. “Now, it happens more than 10 times a year.” In March 2020, Erik de Jonge, a woodland ranger, was patrolling the reserve. Alarmed by a strong acrid smell, he discovered its source under a layer of foliage: a pit filled with litres of drugsafval.

Below the surface, this lethal mix of solvents and acids quickly saturates the soil, lowering its pH levels and causing the immediate death of the creatures and organisms within its range. If soil restoration—the expensive practice of removing polluting substances from the soil—does not occur, the high concentration of acids can cause long-term damage to the whole ecosystem, eventually making the land infertile. But most park managers lack the budget to fund such a process.

Special woodland rangers in Dutch rural areas, the BOAs or Groene Buitengewoon Opsporingsambtenaren (“Green Extraordinary Detective Officers”) are under twice the pressure. Fewer and fewer people want to take this career path, so the parks are understaffed. Many of these chemical ponds stay under the radar, saturating the soil and entering the waterways.

A sense of fear and peril prevails among many rangers, who often work alone and in the dark. In the past, criminal groups have not been afraid of brandishing their guns when caught discharging their blue cans. Sjaak Smiths, a BOA in the East-Brabant region, wishes for an “emergency button” to call for help. Cuts to police funding in the area means that it currently takes on average between 25 and 40 minutes for help to show up. And while law enforcement patrol cities in search of drugs and dealers, gangs increasingly operate in rural areas undisturbed.

Spectacular woodlands are not the drug gangs’ only targets. About half of the land in the Netherlands and Belgium is agricultural and criminals take advantage of the vast swathes of open fields. Drug gangs looking to set up new labs scout vacant buildings and barns in remote locations. Hendrik Hoeksema is an advisor at Zuidelijke Land- en Tuinbouworganisatie (“Southern Agricultural and Horticultural Organisation”), a farmers’ association with 13,000 members. He confirms that almost one in five farmers in this area is approached by the intermediaries of drug manufacturers hoping to set up production hubs on their properties.

“They offer up to €35,000 a month,” says Sjoerd, a farmer in southern Brabant. He is not the only one who has sat down for coffee with intermediaries at their kitchen table and considered offers to rent out their remote barns. Many farmers and market gardeners struggling with income stability caused by climate change and low market prices of agricultural produce are tempted—although most eventually decline.

Drug gangs also target livestock producers and farmers, discharging their chemical waste into manure pits. Drugsafval contains ammonia and other substances similar to those present in manure and fertilisers, so it’s easy to hide within the smelly pits without farmers knowing. This mix is then either collected legally for waste disposal or—most often—spread on the land as organic fertiliser. Adding drug waste to the mix increases acid deposits and excess levels of nutrients in soil and rivers, which can have negative impacts on the ecosystems. Researchers from the Netherlands Forensic Institute have proved that living creatures absorb these substances and survive. They found amphetamine residue in corn lice in agricultural fields—but the consequences of this on the upper echelons of the food chain are still unknown.

Estimating the extent of drug pollution is impossible without knowing the true size of this illicit business. Because drug waste has always been solely considered as proof of illicit business—not an environmental crime in its own right—few scientific studies have researched its true impact. Efforts to develop preventive measures to detect such waste have been very limited, too.

With a lack of public funding and national plans to develop consistent drug waste cleaning procedures, communities in rural areas of Belgium and the Netherlands can only rely on the protection of the land by brave farmers and woodland rangers.

Meanwhile, the European drug market shows no sign of stopping: synthetic drug labs are multiplying and with them the litres of waste. Worse still, methamphetamine and cocaine production is now taking place on the continent, which will inevitably put even more complex mixes of chemicals into the environment. The delicate balance of natural habitats and the food we eat will be affected in ways we are not yet able to imagine. 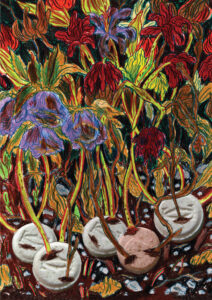