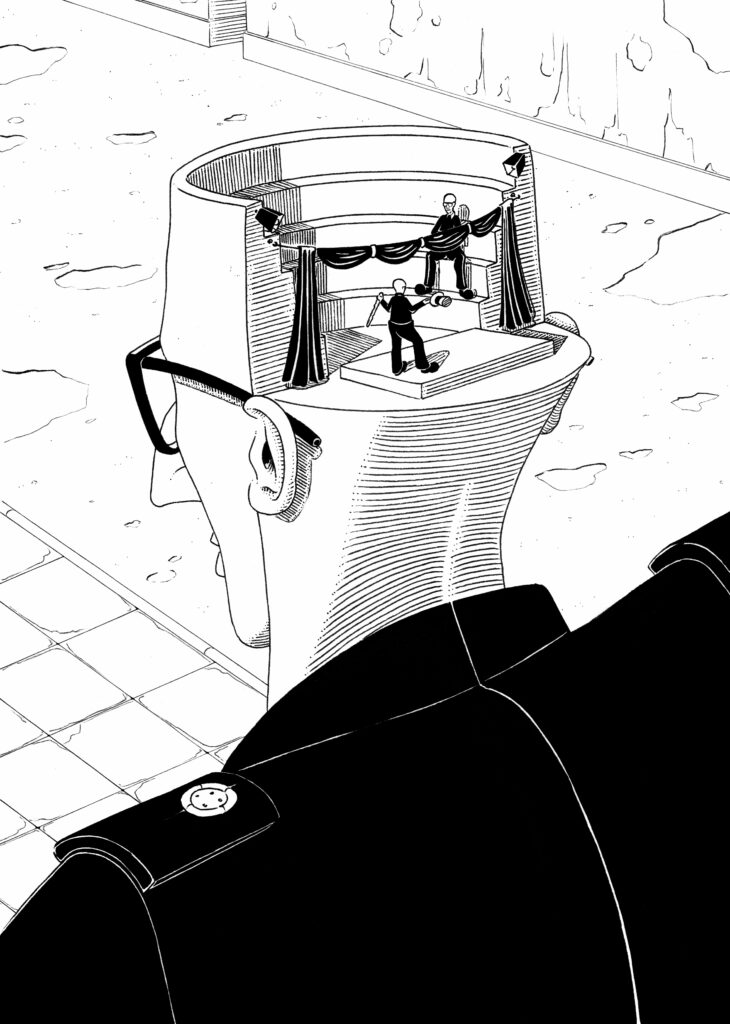 Whether or not Jake Davison was motivated by what he read online, his deeds conform to a worrying pattern. Davison, 22, shot and killed five people in the port city of Plymouth, UK, in August 2021, before turning the gun on himself. It was the worst mass shooting in the country for over a decade. Hours later, it would emerge that Davison had frequented “incel” forums.

The internet-based community self-defines as “involuntary celibates”—incels for short—communicate through dozens of English-speaking forums, as well as national variants like Italy’s Forum Dei Brutti (“Forum of the Ugly”) and Germany’s “Absolute Beginners.” But their killing sprees had until last summer been confined to North America, where over 50 murders have been linked to the movement since 2014.

Incels are young men, usually in their twenties, who are haunted by a sense of social rejection. Their writings speak of this isolation: Chris Harper-Mercer, who shot and killed nine people in an Oregon community college in 2015, complained he had “no friends, no job, no girlfriend.” Not all incels resort to physical violence, but those who do usually target women.

These men are my peers. Their lives may have run parallel to mine until incel culture shunted them onto a resentful new track. I wanted to find out what it is that makes the echo chambers they rage within so toxic. What I came across were dizzying, endless concentric circles of false belief and disinformation and, at the bottom of the rabbit hole, the ideological engine room of a community that celebrates—and perhaps even generates—the real-world violence committed in its name.

I began my journey by exploring the “manosphere,” a group of online subcultures loosely tied around the themes of masculinity, men’s issues, and an opposition to feminism. Sociologists regard this as the extreme, virtual expression of masculinity in crisis. In its more benign form, this phenomenon is associated with the YouTube lectures of psychologist Jordan Peterson, whose “rules for life” have a particular appeal among rudderless young men.

The manosphere is more radical, encouraging men to “take the red pill” in reference to the 1999 film The Matrix. The protagonist is offered a red pill that will awaken him to the world as it really is, or a blue pill that will maintain his blissful ignorance. In the manosphere, taking the red pill is shorthand for waking up to the injustices men face in today’s world. Manosphere groups are set up to bemoan these injustices.
Men who feel oppressed by women gravitate towards the Men’s Rights and Fathers’ Rights communities. Others, perhaps lacking the energy to campaign, are pulled into the orbit of Men Going Their Own Way (MGTOW), a group which advocates for the complete transcendence of pursuits, sexual or otherwise, involving women. But I’m interested in the third cohort: those desperately interested in, yet serially rebuffed from, sexual pursuits with women. They find their way into manosphere circles via the usual digital breadcrumbs: forum hyperlinks, chatroom comments and social media shares. Sometimes it starts with a simple Google query: “how to get laid?”

Unfortunately, the manosphere offers just two answers to this question, and they’re both based on gross misunderstandings. Pick-up artists (PUAs) argue that the secret to sexual success lies in mind games, subjecting women to a set of lines and behaviours designed to establish “man’s natural dominance.” This is supposed to make women weak at the knees, but the “science” PUAs live by is shaky. Central to it is the concept of “neurolinguistic programming”—NLP—which PUA gurus claim can be deployed to exploit psychological loopholes in women’s minds. NLP has been roundly debunked as pseudo-scientific.
Incels, on the other hand, believe women select a “mate”—not a partner or a lover—based on looks alone. Some men reach this conclusion after unsuccessfully flirting with Pick-Up Artistry. Disillusioned, they pile onto forums like PUAHate to rage that seducing women with psychology is a sham. Others believe they’re too ugly to even try PUA techniques in the first place.

Saddled with either self-disgust or a bitter envy of their more confident peers, incels often turn to aesthetic self-improvement (“looksmaxxing”). Methods range from the ordinary—“gymcels” pumping iron to improve their physique—to the bizarre, including the practice of “bonesmashing” the cheekbones or jaw with a fist or a hammer so that they grow back more prominently. Bonesmashing is ostensibly used to align faces with widely-shared bone structure ideals, which some incels believe are the keystone of physical attractiveness. Besides encouraging self-harm, looksmaxxing also strays into condoned racism, with self-identified “currycels” and “ricecels” (incels from South Asia and East Asia, respectively) advised to “whitemax,” or to do everything they can to pass as white.

But it’s the misogyny that’s particularly relentless. Some incels dehumanise their targets explicitly, referring to women as “females” as per zoology, or simply as “toilets”—receptacles for bodily fluids. Pictures are sometimes posted of attractive women as motivation or “fuel.” Leggings and yoga pants are seen as particularly dementing; I saw incels calling them “gropefuel” and “rapefuel.”

This kind of vernacular could only emerge from the internet, but the content smacks of the locker room, not the chatroom. When I mention this to Lisa Sugiura, Senior Lecturer in Criminology and Cybercrime at the University of Portsmouth and author of The Incel Rebellion, she nods knowingly.

“These attitudes predate the internet,” she says. “So although incels are this ridiculous aberration of contemporary misogyny, they’re not particularly novel. All this attention on incels as some sort of misogynistic folk devil—that’s completely wrong. There are far more banal, covert and insidious ways that they normalise abuses against women and girls.” A tiny minority of incels commit murder, but incel groups also glorify other, less deadly crimes against women which may go unreported.

Moderate incels have sought to distance themselves from the movement’s violent reputation. In 2017, they set up the Reddit group IncelsWithoutHate, which attracted over 32,000 members by 2021, demonstrating a sizeable appetite for restraint in the community. Still, the group was banned in March 2021—for violating Reddit’s rule against promoting hate.

Reddit’s decision may have been good for the website’s reputation, but banning moderate groups risks pushing them onto more extreme platforms. “When a community gets deplatformed, they don’t just disappear,” explains Emiliano De Cristofaro, a computer scientist at the University College London who researches online groups like QAnon and the manosphere. “They create other forums, or they migrate to fringe platforms—like user-created message boards like 4chan and 8chan—which are much more radical and toxic.”
The radical wing of the incel movement is where young men are most likely to come across “blackpill” ideology: the belief that they are doomed never to so much as hold hands with a girl. They are “FA”—forever alone. Many are KHHVs—“kissless, hand-holdless, hugless virgins.” The blackpill mantra is to “lie down and rot,” which is used as advice. Despondent users are encouraged to “rope” or “sui”—to kill themselves.

It’s shocking. You can sense that this inner sanctum of inceldom is only penetrated by the deeply vulnerable and the socially isolated—not just those who believe they have no looks to “max.” In one of the only polls taken of the incel community incels.co, 88.3% reported being unhappy, and 67.5% reported having “long-lasting” depression. It’s unclear how common suicide is attempted. Some users threaten to “go ER”—a reference to Elliot Rodger, the notorious incel who murdered six people before killing himself in 2014.

And at the heart of radical incel philosophy is the “scientific blackpill,” a dark disinformation mill spinning false claims out into the wider manosphere. Because it claims to be scientific, you can inspect the evidence. It consists of cherry-picked and out-of-context findings. They use genuine psychological terminology applied incorrectly to sex and dating, and studies of crustacean mating habits are held up as proof that women are “whores.” There’s Incel Wiki, which looks just like Wikipedia except articles have subheadings like, “Have women become sluttier?” and line graphs meant to depict “sluttiness” through the ages. This dangerous information alchemy is compiled, sedimented, and deposited upon impressionable young minds.

“People have told me, ‘this is what made me blackpilled’—it’s the engagement with those studies,” Lisa explains. “It’s not science. In science, you have a hypothesis you set out to test. They’re not testing—they’re looking for evidence to back up their claims and validate their worldview.” The same methods have been used to convince people that Earth is flat—but convincing people that women are subhuman carries far more dangerous consequences.

I wonder if Lisa thinks incels deserve our sympathy. “I have no time for those willingly espousing narcissistic, misogynistic bile,” she says, “but I think there is a lot of humanity within these communities—there’s real pain and suffering, and there are internal harms that are not being recognised.” 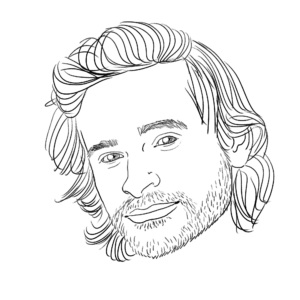 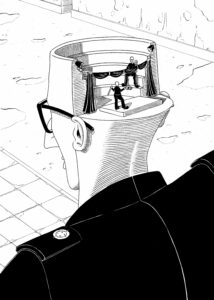