​​Lessons after dating a conspiracy theorist 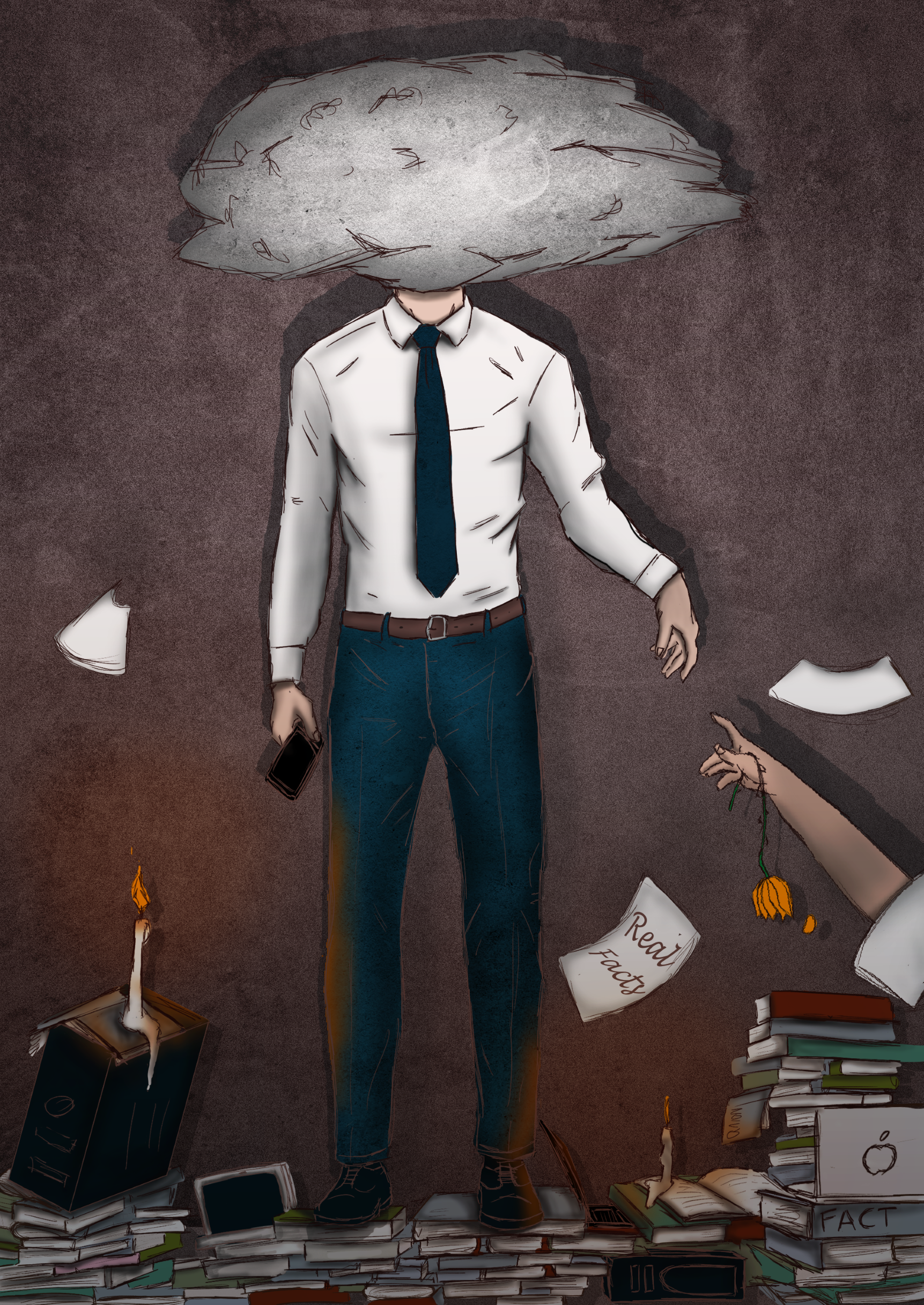 On a hot summer’s day in a small bookstore that doubled as a haven for collectors of vintage records, I met him. At around 1.80 metres, he had a steady gaze and walked around the world with a sense of certainty that would seem cocky to most people.

Sparks flew immediately and, for me at least, the act of falling in love with him was as intentional as it was compulsive. My feelings only intensified when he shared the way he saw the world with me. We talked about everything, from my favourite band to his rejection of nihilism. I guess I should have seen the red flags. As any liberal, twenty-something, very-online person will tell you—there’s always something a little bit off about a man who is an avid follower of Jordan Peterson. I was, however, blinded by adoration.

A few months after we met, he decided to let me into a world that he frequented. “Do you know about Jeffrey Epstein?” he asked, a while before the Netflix documentary was released. He went on to tell me a story about a private island where young girls went missing. The international news would go on to cover it in the months to come. However, they would leave out one crucial detail that I was made aware of that evening; Epstein was a satanic paedophile who conspired with the Washington elite to sacrifice young women to the devil for financial gain.

To my mind, it sounded impossible. Yet I think that my rejection of the story only spurred him on. If he was right about Epstein being a criminal who could get away with decades of child abuse due to his connections with people in power, who was to say the other theories being spread on message boards weren’t plausible either?

Unknowingly, I had entered a relationship with a man who believed at least some of those ideas. I’m not the only one.

Lily* was unaware of her boyfriend’s conspiratorial beliefs until the vaccine rollout in England started. He refused to get vaccinated, citing the government’s ulterior motives as his justification. Being vaccinated meant she’d be able to visit her family and attend public events once again. He even refused to wear a mask. “That’s when we started to argue, like all the time”. He started sending her articles about how the vaccine was killing people and how it would make her infertile. “When Dr Fauci’s emails—[which many conspiracists have accepted as evidence that the US government was involved in a plot to create and spread COVID-19, ed]—were released, he indignantly walked around all day, sporadically shouting, ‘I told you so, I told you not to trust these people. They kill children. Why would they try to save us?’”

Belief in conspiracy theories is extremely popular. Approximately 40% of people in Lily’s native Britain believe in at least one conspiracy theory—a figure that is more or less consistent with the rest of Europe. The normalisation of belief in disinformation means that it becomes more likely that attempts to find love will result in dinner with people who believe in an alternate version of the truth.

Dating in a conspiracy filled world comes with its own challenges

Remi* is 26 and believes that every major war in the last few decades was planned before the trigger event happened. He finds it frustrating to talk to women who brush off these beliefs at first glance and has learnt how to conceal them for fear of looking crazy. Remi thinks that his ideas are well-researched, while he considers many of his peers to be sheep who blindly follow the mainstream media. “I’ve just had to stop telling people I date these things. They don’t even read about it or know half of what I know, but they always end up debating me.”

Miscommunication between those who believe in conspiracies and those who do not is widespread, and it is all too common for both sides to bicker without hearing each other out. It can feel like they do not inhabit the same reality. What one party sees as an objective assertion of the truth, the other sees as a personal attack against values and ideas that they hold dear.

The reddit account QAnonCasualties is a safe space where people whose loved ones subscribe to QAnon-related theories can voice their experiences and concerns. One anonymous user says that she now finds it difficult to love her partner of 12 years. “The latest is he sent me an article showing the FDA [Food and Drug Administration, responsible for the vaccine rollout in the US, ed.] did a bait and switch and the vaccine is really not FDA approved. Where did he get that from? At what point do you leave?” She’s learned to avoid heated arguments.

On the other side of the divide, a romantic partner or family member who believes in conspiracy theories may convince their partner and families that their truth is the objective one. Hannah* remembers growing up in a household where both of her parents were conspiracists. “The only thing we’d do as a family was watch the news and scrutinise it. I loved criticising CNN’s news because it was the only time we really bonded; when we were challenging what the television was telling us. So I would just argue more and then I felt appreciated and cared for.”

Belief in conspiracy theories is unlikely to disappear soon. This is because they tend to be prominent in times of crisis. We’re currently contending with an ecological disaster and widespread political uncertainty. Large anti-vaccination protests in France, for instance, have brought together conspiracists, anti-vaxxers and former members of the gilets jaunes (yellow vest) movement. In South Africa, where I live, after an uphill battle to secure enough vaccines for the population, the government seems to be losing the war against misinformation. Large parts of the population buy into anti-vax conspiracy theories, some of which rely heavily on a mistrust of pharmaceutical companies. This shows that the reasons that people identify with conspiracy theories are complex.

For many, combatting the difficulty that comes with bridging the gap between truths is just too tall of an order. Hannah* has had to cut off most of her family members because talking to them had become too difficult. “It bleeds into everything. I can’t tell them about my day without stepping onto a landmine I didn’t see coming.” When asked if she’d ever date a conspiracy theorist, she told me, “That is something I actively stay away from.”

The act of love requires us to reconcile even the parts of our partner’s personalities that we find unpalatable. Whilst staying away may create a sense of personal peace for many whose lives have been adversely affected by their conspiracist partners, it is unlikely to bring solace to the many who are unwilling to divest from their relationships.

In the end, distance—not the belief in the imminent takeover of our satanic overlords—was what ended my relationship with the man from the bookstore. I can’t help but wonder if belief in conspiracy theories is always a deal breaker, or if it is just another case of agreeing to disagree. 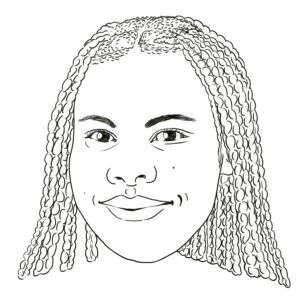 In partnership with The Shift