The language of solidarity

In the age of Zoom conferences, one organisation uses the online tool to teach Ukrainian refugees what they need to navigate their new lives in Romania 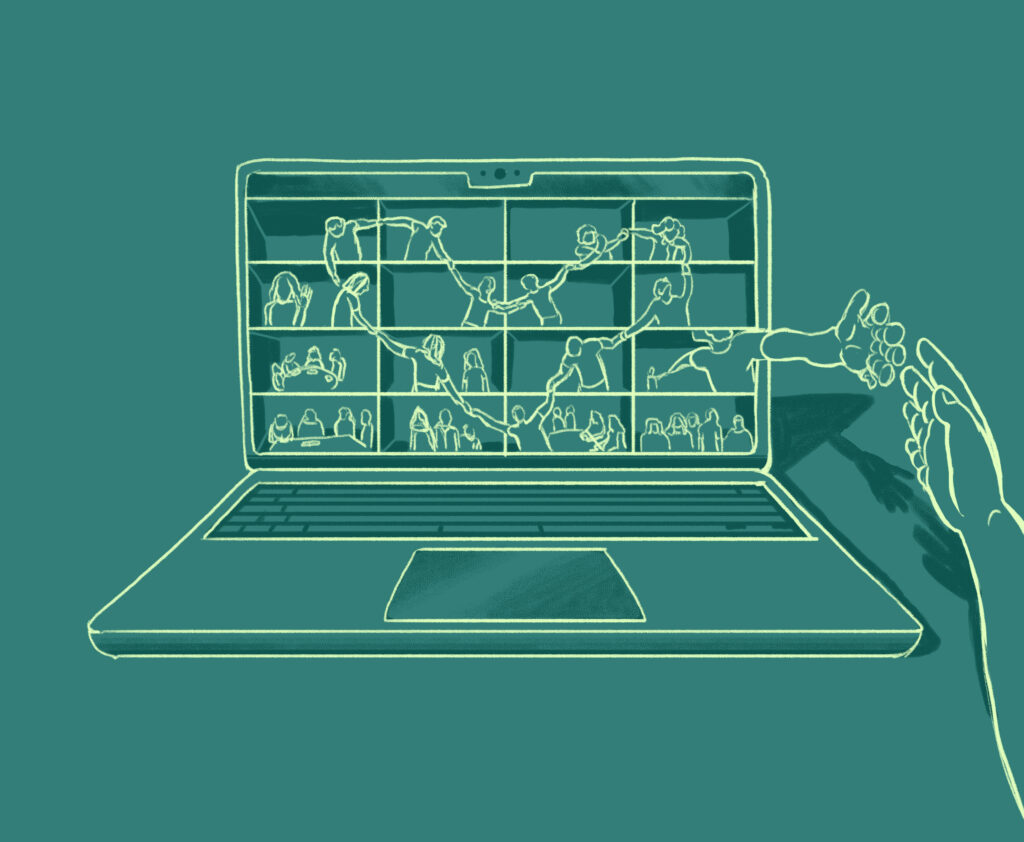 It’s a Saturday morning in Romania when 700 Zoom users from all over the country type in the same 11 digits—a Zoom ID Meeting number. All of the online meeting participants are from Ukraine and are trying to join their first Romanian online course.

Hundreds of thousands of Ukrainian refugees have already fled abroad, and more than 82,000 have decided to stay in Romania, a neighbouring country where life does not look too different from theirs before the war. From food to the history that connects both societies, there are many similarities. But at least one thing is vastly different: the language.

Some minutes and many interrupted connections later, less than half of the 700 online students are able to stay for the first free course of The Grammar School, a unique project that wants to make grammar cooler and easier to learn. Today, the online school opens its house of words for those forced to leave their Ukrainian homes behind. There are technical issues. Founder Corina Popa did not expect to see so many students pop up on her screen.

All of the participants in the first meeting have their cameras on, which surprises Corina. She is used to students who keep their faces hidden for the entire course. She also notices something else. Many of the little squares on Corina’s screen show that the demand easily surpasses Zoom’s maximum allowed number of 300 participants. “I saw a table with ten people around a single phone at the end of the table. Children, the elderly, young adults sitting with their ears pricked up.”

Learning the language might not sound like a basic need to some, but Corina disagrees. “To be able to buy food in a shop, you need to know how to ask certain questions. We have to understand these people’s needs and share a common code with them. We also have to see their complexity. Many of my students looked like they had years of hard work behind them, people who built a life for themselves, and now they are at the bottom. They learn a new language, hoping to work whatever job, to live decently”. Above all, Corina sees language as a tool for someone to feel more at home in a new country.

On the third Saturday, most of the participants are young women. Today’s lesson includes two questions in Romanian: “Where are you now?” and “Where are you from?” Though no longer than a few words, the answers reveal much. Two participants are calling from Chișinău, Moldova, which shares the Romanian language. The others are joining from cities all around Romania. “You are living in sector 3, like me,” says the Romanian teacher, to one of the participants who is now calling Bucharest her home.

Someone’s laughter shatters the sobriety of the lesson when the teacher explains how one can say how they feel in Romanian: foarte bine (very good), bine (good), așa și-așa (so and so). Așa și-așa is the funny trigger. Repeating the words, more voices join the Zoom choir, and the laughter becomes contagious. No one feels the need to explain why, but the reason is palpable—it is the answer that so many would give, with a lazy low voice, omitting how they really feel: terrible.

The Facebook group that Corina and her team have created to organise the classes now has more than 1,400 members. “I think what we are doing is normal,” Corina says. “We are not helping because we must, but because we feel it and know that we would have gotten the same treatment if we were in their shoes.”

Corina and her team don’t lack the motivation or passion to keep up the work, but they would not mind more volunteers joining their ranks. So while she thinks that “good deeds should be done in silence”, she now shares her story because she needs ajutor—more help.

Corina sees language as a tool for someone to feel more at home in a new country. 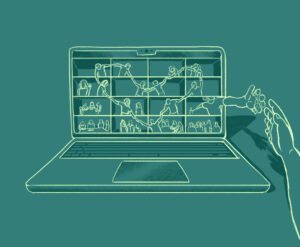