The right to love and make love 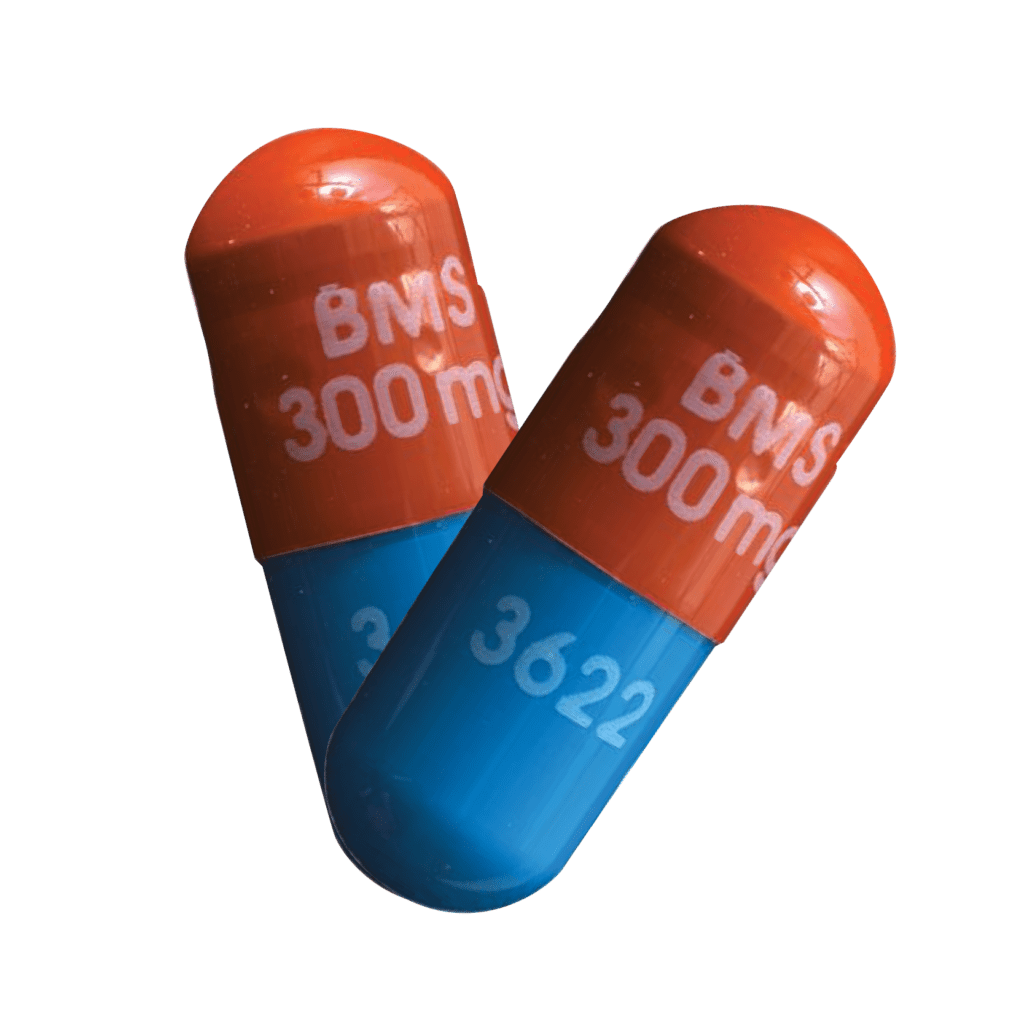 Forty years and counting. That’s how long we’ve known about HIV. While AIDS took the lives of countless people, men who have sex with men made up the biggest chunk of the numbers. There was little medical understanding of the virus, no cure, and certainly very little hope. Homophobic public hysteria declared this a disease of sexual deviance, and years of ignorance from decision-makers stalled the pursuit of treatment. LGBTQ+ people were shamed and shunned all while witnessing the deaths of many of their peers.

Today, the situation is different. People with HIV can take antiretroviral medication that makes the virus undetectable and untransmittable to others. Those needing preventive care can follow pre-exposure treatment (PrEP). There are even treatments that can prevent infection with HIV after being—or potentially having been—exposed to the virus, known as PEP.

These drugs have transformed many lives, much beyond survival rates. To know just how transformative anti-HIV medication can be, we asked five people to share their stories.

“First, Blabla. Then, Boom Boom.” It’s the infamous slogan that cemented then Flemish minister of welfare, Mieke Vogels, as a household name. Launched in 2001, it was Belgium’s first awareness campaign that promoted talking about sex with your lover. The premise was simple: talk about contraceptives before taking your pants off. But throughout the campaign, LGBT+ people felt invisible.

Let’s not beat around the bush: most of us have found ourselves in situations that are not ideal for our sexual health. You might be drunk or high and horny, tired and craving or don’t want to say no to your partner. A condom might tear or be expired. But sometimes, you’re a victim of stealthing—where someone takes off the condom without your consent. As a gay bottom, you have much less control over your own protection. You often don’t have a good view to check if your agreement to wear a condom is being respected. You are left vulnerable.

I often panicked in moments anyone would simply want to enjoy life. My concern for HIV inhibited my sexual experience, the trust I had in people, and the relationships I built. PrEP gives me control, as well as a liberating feeling. Now, it’s part of my daily routine. A safer routine, since PrEP requires proper medical supervision, and you get checked for any STDs every three months.

I believe my use of PrEP ultimately makes me a more compassionate person. Before, I would have never slept with someone who was HIV-positive—even if they were undetectable. But don’t they—and I—have the right to love and make love as much as anyone else?

My drug is my anchor—an antiretroviral therapy engineered to ambush HIV on its way to depleting my defence against disease, pain, and loneliness.

I contracted HIV during an episode of sexual abuse. My drug is my anchor. Every day, I sail farther and farther from shore—then at night, I circle back to the same dark spot where I gaze upon the land I’ve been struggling to leave. The reminders sit quietly in my pill organiser—they pull me out of the body that I haven’t yet learned to love, out of the mind where peace has not yet been instilled, and throw me back into the bedroom where everything started. Then into the Romanian hospital hallways where I used to pick up my medication (when available), then to swallowing the pill.

In the vast ocean of unfortunate events—abuse, stigma and lack of governmental support—I find it hard to hold on to the simple blessing of being undetectable.

Ever since receiving my diagnosis, it has become difficult for me to experience any sort of intimacy without being under the influence of alcohol, weed or poppers. I rarely feel sexy while sober, because in soberness, I replay everything. I’ve grown highly avoidant of pulling out my antiretrovirals in front of my partners, and in the hours between taking my medication and sleep time, I am rather often choked with guilt and self-deprecating thoughts. At the same time, I’m working on reconstructing my self-esteem while not skipping my meds. Deep inside, I know owning my body, taking responsibility, and looking after myself are sexy attributes, despite the trauma, despite the stigma, despite being disenfranchised.

My drug is my anchor—it’s me who’s the captain of my ship, and it’s my medication that allows me to grow into my best self, explore the vastness of opportunities life has in store for me and welcome love to accompany me, safely, in my journey.

I have married my antiretrovirals to remembering my worth and potential—little by little, pill by pill.

Don’t you dare cut this out: I’m a hooker. I’m a slut. You can call me a sex worker, but in my case, I am what I do. I enjoy the thrill. I crave the power. Believe me when I say: I fucking love to fuck. Ballsy words, but I’m a sweetheart. I take pride in my service of intimacy. And as I take care of others, I make sure to take care of myself. I don’t drink, I don’t do drugs, I make my bed in the morning and abstain from sugar—really. My body is a well-oiled business, and PrEP is my insurance policy.

I started taking anti-HIV medication when I was eight years old. Soon, I will be 33 (Oh, gosh!). I am one of the 13,000 children infected with HIV through contaminated blood transfusions in Romania’s state-run orphanages and hospitals, which was only discovered after the fall of the communist regime in 1989. I used to take six pills per day—a frustrating amount for a chronic disease much more treatable than others. Luckily, I now have just one pill per day to take.

In my childhood,  my parents were so concerned about me taking my medication that it became the only topic we talked about. It exacerbated their need to protect me, and it became suffocating. That’s not the case anymore, thankfully!

Since I began my treatment, I have developed adversity toward any other type of medication, it makes me feel sick. Even when I need to take a common aspirin, I try to find alternatives that do not involve pills.

One pill a day. That is all the space I allow HIV to occupy in my life. Thanks to my treatment, I am not living with HIV—I just let HIV live with me, under my control. Knowing that with effective treatment, I am undetectable and can’t pass HIV on to anyone sets me free. I feel safe, sexy, healthy, and in control of my life.

Before the treatment, I wasn’t able to speak with anyone.  Now I am empowered to share my status with others. It helped my friends to understand HIV and they support me against public stigma.

Coming out as a gay man wasn’t easy for me. I stayed in the closet until I was 21. No one was allowed to know I was gay. Once I learned to embrace my gayness, a world opened up to me… and the relationships didn’t last long. I started experimenting and fluttered around a lot. I was finally free.

My world consisted of two parallel universes.  The “outside world” in which I would work, talk and behave as was expected. Mostly, at least. It was the world that would accept me as a gay man, but not without questions. Who and how you love, how many partners you have, how your relationships work: it’s so often the topic of conversations you’re not even included in. While I had finally accepted my desires, I suddenly found there was another prison cell built around the one I just narrowly escaped.

I took that pent-up energy, occasional rage and massive craving to my “ inside world”. A world full of dating profiles and dick pics, gay saunas, rave parties and dark bushes in the park. It’s a world in which I need to keep my daily life in balance. You might read this and judge. I wouldn’t be surprised. Gays and bisexuals are named and shamed so often, that it’s impossible to keep track. I believe that’s why I feel so strongly about my sexual life. Taking PrEP allows me to come alive in my “inside world” and truly express myself.

When talking about gay sex, it’s often about risks and problems. As if a positive sexual experience is a privilege for straight people only. Gay emancipation might have brought us political rights, but wasn’t it also a wave of sexual emancipation? Standing up for your own sexual pleasure is super important. I want to be able to explore and experience my own sexuality the way I want. Nobody else has business with that.

Imagine you get raped. The weight of that cold and bare experience, the visit to the cold and bare police station, to that cold and bare hospital room, with the cold-sounding clicks of metal on surface, syringes and wrappers, pills and their plastic containers. I don’t need to imagine it. I relive it, vividly, at the most random intervals.

In the cold stillness of my post-traumatic body, Post-exposure prophylaxis (PEP) made its way through my narrow veins, and slowly, my own warmth returned.

At least, I wouldn’t have to worry about that. 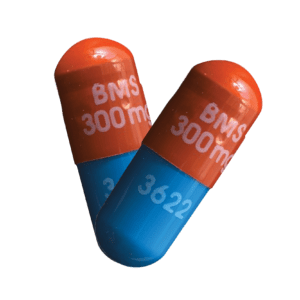