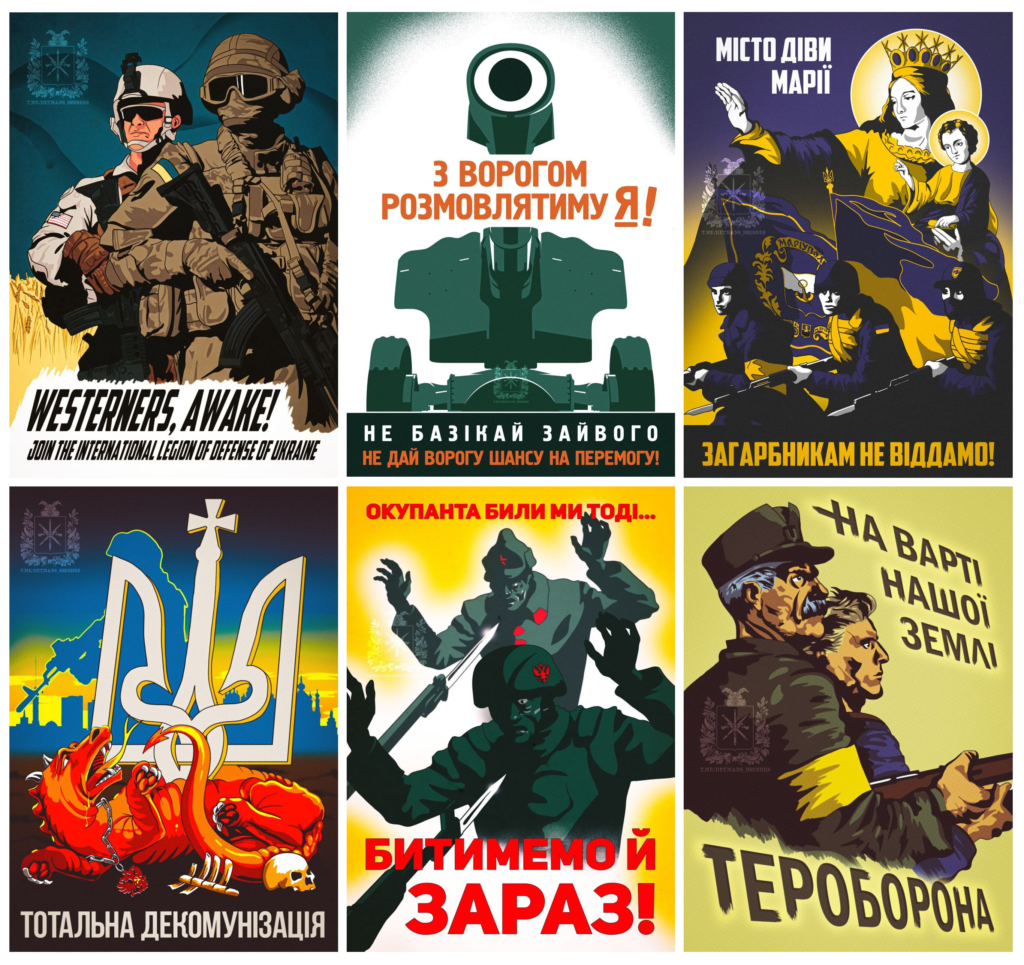 My name is Oleksandr. I just turned 20. Two weeks ago, Russian forces invaded Ukraine, where I live. So far, it’s still quiet in the city where I live. I wonder how long that will last.

This is my diary.

Grandpa Sasha drives me to the commissariat where I’ve been summoned. On the way, he suggests I tell the drafting officer that I am a journalism student and that I speak English. It could be beneficial for me in case I really get drafted.

I show the guard my ID card and pass through the gates. The ask me to stay put and wait for further instructions. There are many people here—many wearing sports clothes and carrying duffel bags. They’re waiting for their ride to the training camps.

I’m not one of them, at least not yet.

It’s so cold I start to feel numb, but I’m called into the building after half an hour. The office is on the third floor, and again I must wait in line before entering the room.

“Good morning”, I say as a sign of politeness. “State your age”, the clerk responds rather strictly. “Um, 19,” I mumble, leaving out that I’ll turn twenty in a few days.“Goodbye,” is the only response I get.

I’m guessing it means “Get out, we don’t need you now.” I can’t hide my smirk and walk out of the building. For real, I had resigned to my new fate to fight. I spent an hour in the queue, getting ready for the mobilisations. And then—poof—I’m not eligible?

Well, at least Lisa will be happy. She is so upset I might get drafted that she’s been crying tears of sadness the whole day. Telling her the good news brings new tears—this time of happiness.

“Damn, I messed up my makeup again”. I can only laugh.

Maybe I will get drafted another day. But not today.

I wake up, and my allergies kick in. My nose starts running, I have red eyes and I am sneezing unstoppably. I have to go and buy nasal spray. They’re expensive, but only they could treat my allergy right.

The city is littered with closed pharmacies—all but one is open today. But the queue for it is massive! I stand there for forty minutes, bored and tired, listening to the orders being processed at the counter.

But the queue remains quiet for the most part. No talking, no rushing, no curses—just a gentle crowd waiting for their turn without panicking. I like that.

Finally, my turn. The nasal spray sets me back 12 euros.

I haven’t heard any sirens since the 7th of March. The invaders are only 50km away from us, and Zaporizhzhia seems like a perfect target to shell and shoot at. But it’s strangely quiet.

My fellow citizens are preparing as much as they can. But the Russian forces have decided to rest and resupply for now—a bad sign. Still, we’re the lucky few. The enemy has bombed Lutsk, Chernihiv, and Sumy. I hope people are ok there. In times such as these, I feel powerless. I want to help, but I stay at home and work on my laptop. I am tired of feeling like this. 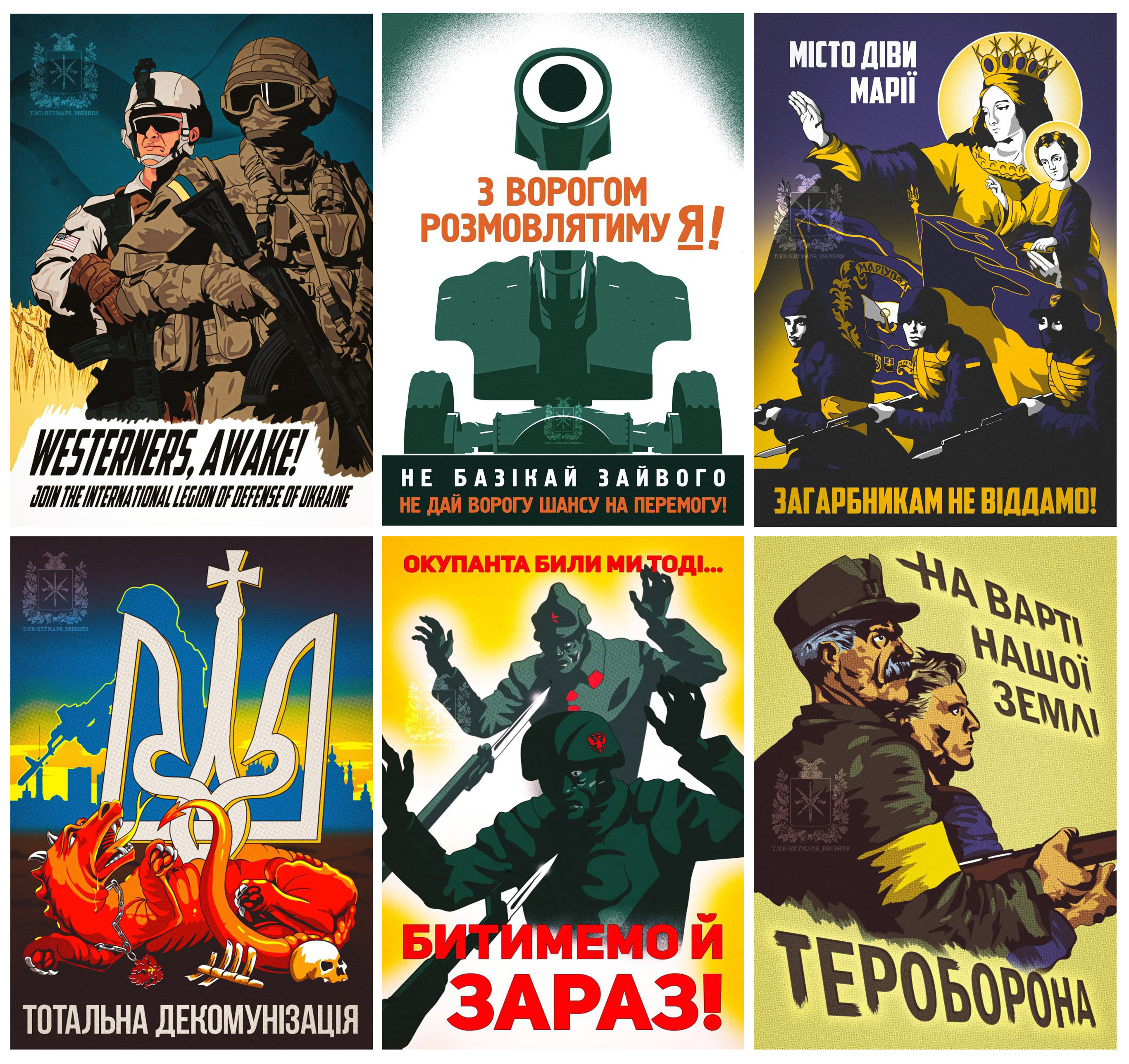 An artillery tank with the words 'I will talk to the enemy', a cry for 'Total decommunization', a pep-talk that says 'We beat the occupier before, we'll beat him now as well': these posters look like they come straight from the Soviet-Union era. But they're brand-new and circulating on Telegram today.

I never thought I would celebrate my entry into a new decade under the current circumstances, but here we are. When I wake up, my family greets me and gives me a cake. This is not a classic cake. They’re all sold out in all the supermarkets, so there are no regular desserts. But somehow, my family found an ice-cream cake.

My brother walks to the city with me. I visit my other grandpa before heading to the nearest food court—still working, despite the whole war thing. I order a sushi plate and a couple of burgers. God, I’ve missed those.

I remember the day before this all started, the 23rd of February, when I promised Lisa we’d go eat at McDonald’s. It’s not exactly the most prestigious place to take your girlfriend to dinner, but I will keep that promise when this ends.

Enough of this. Today is the day when I can relax and forget what’s happening around me. I see a few soldiers patrolling the streets and numerous barricades with anti-tank hedgehogs, but nothing ruins the celebrative vibe.

When Lisa turns up at the apartment, it’s with a beautiful smile, dressed up and with a little pie in her hands. There are two candles—two and zero. I light them up, and she holds the cake out to me. I wait for a second and then blow at the candles.

I won’t tell you my wish—that will spoil it. But I guess you already know.

The sirens… They’re back.

God, we enjoyed just five days without them. I haven’t missed them at all. The sound creates a frightening atmosphere. It sounds silly, but I listen closely and wait every time I hear them. For what? Explosions or the whistle of rockets. It helps me identify how far away the explosions happened. Then I know whether to stay put or lay down.

Today’s when I have to stay put and wait it out.

I’m playing games with my friends when the notification of sirens hits our phones. We stop and listen, taking off our headsets. One explosion. Then again, and again. I count three, my friends four. They are much closer to the places of impact and hear them better.

In the afternoon, we hear explosions again. This time, there are no sirens or notifications from our mayor. What is going on?

The rapid sounds of explosions shake my house, making the windows tremble. My friends and Lisa tell me the same—explosions are happening all around us.

Only after more than ten explosions do we get a calming message from our mayor: it’s our anti-aircraft guns working against the rockets of the Russian army. Today, I count more than 20 explosions in total.

The Russian forces must be scouting for the positions of our anti-missile guns to bomb them before taking over the city. I don’t think they’ve forgotten the plan to invade this city.

I think the Russian troops are going to make another leap forward soon.

I need to spend my time on something productive, so I contact a friend of mine and offer her my help as a copywriter in Ukrainian. She founded a blood donation organisation that now prepares meals for the refugees and the territorial defence soldiers at the checkpoints. They also gather humanitarian help and send it to the people of the occupied regions. And they welcome refugees of all kinds and shelter them for the time being.

Now, they’re looking for the materials to handmake power banks for the military. I write some posts, publish them and quickly receive a little “thank you” from her. The task is small, but it feels great. My social media post—and this diary—now plays a tiny part of a big stream of content bringing awareness to the war.

Have you ever seen Soviet patriotic posters? Many made during the Great Patriotic War—when recruits were needed to fight the Eastern Front of World War II—and say things along the line of ‘The motherland is calling’. You must surely know the American equivalent—posters with a drawing of Uncle Sam along with the iconic words ‘I want YOU for the US Army.’

The same style was adopted by the Ukrainian Insurgent Army in the forties and fifties when they fought against the Nazis and against Russian Soviet Imperialism, hoping to boost patriotism among the men and fight for Ukrainian independence and freedom.

I’m browsing on Telegram, and I just found an anonymous creator—with more than 3,000 followers—using the historical style to draw posters about today’s war. There’s a poster depicting a bayonet aimed at a Russian soldier, a Soviet soldier behind him. Across their image, bright red words say ‘We beat the occupier before… We’ll beat him now!’ Another poster features an artillery tank with an eye, saying, ‘I will talk to the enemy! Stop rambling. Don’t give your enemy a chance for winning!’. A third poster features a battle cry for ‘Total decommunization’.

these posters look like they come straight from the Soviet-Union era. But they’re brand-new and circulating on Telegram today.

I appreciate this kind of art. It connects us to our past and reminds us of the roots of this neverending battle for our existence and sovereignty. I wonder wether this is considered propaganda. Technically, it’s not a government-issued work, but an individual piece of art, made simply because the artist felt compelled to do so.

While the war claims new lives every day, more and more people use their talents and creativity to unite people and fight together, side by side. That’s what it means to be a Ukrainian.

When I wake up at six, I open my friends’ group chat and see they’re panicking. I slept through a massive explosion an hour ago.

A rocket has hit the railway station near my university. No one was hurt, but the railways were severely damaged, and all windows broke. Another rocket landed in the botanic garden located in my district, firmly wedged in between the cobblestones—it never detonated.

Tonight, I won’t sleep well, knowing well that these rockets could have hit the homes of innocent people. At any moment, a bomb could add Zaporizhzhia to the list of cities where civilians died at the hands of the Russian war machine.

I can only hope a peaceful resolution will come faster than more rockets on our people’s heads.