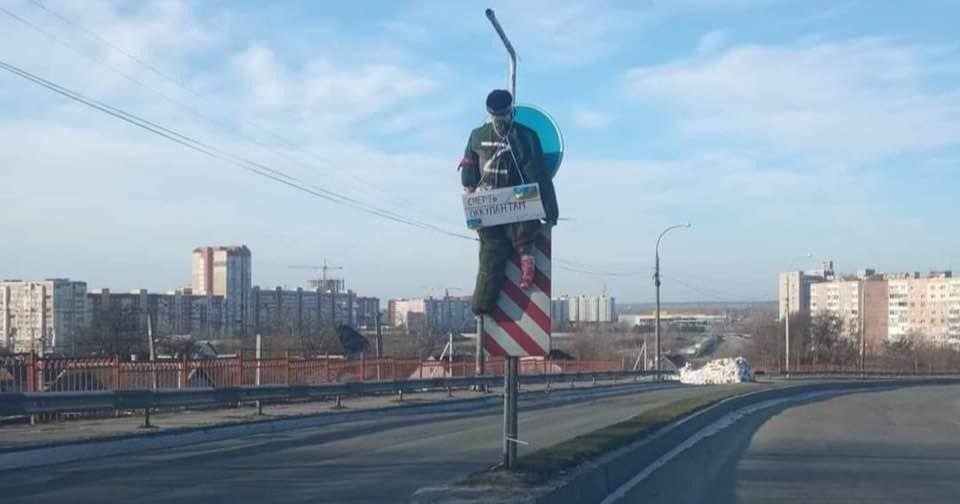 My name is Oleksandr. I just turned 20. This is the fourth week of the Russian war in Ukraine. But the danger lies not only in bombs—I’m as worried about my own mental health, money and my girlfriend’s future.

This is my diary.

I’m having panic attacks. I wake up in the middle of the night in a cold sweat, immediately check my news feed and then try to sleep again.

Until two months ago, I would sleep in until eight or nine o’clock. Now, I wake up at six each day. The artillery attacks, the sounds of sirens and tensions in the city leave me grasping for the scattered bits of my mental health.

During the day, I fall asleep two or three times a day. It happens at any time, but I still don’t feel refreshed afterwards. I always fall asleep in my clothes in case of an emergency, but there is another reason—it’s ice-cold in the house.

February was somewhat warm, but March went down to -7°C. And my health isn’t in the best condition right now. Even if this war ends, I might not believe it’s over. I might wake up early and have random panic attacks because of random sounds, like a balloon popping or exploding fireworks.

If Russian rockets don’t kill me, my own mental and physical state might.

I wake up early again and begin browsing on my laptop. Believe me, my laptop is my only source of leisure in the cold country house.

At seven in the morning, I hear a massive explosion. A series of little explosions follow it. The house shakes and our windows tremble—which means these explosions are closer to me than ever before. Sirens go off and we wait quietly, looking out for another hit.

After an hour, I hear the same explosion, again followed by little ones. Once again, the whole house starts shaking.

It feels like the longest time before the sirens stop. Our mayor and community leaders on Telegram channels advise us not to share information about where and how the bombing happened. They don’t want the intel to get picked up by the Russians.

Don't worry, this is a doll—not a real person. The sign says: Death to invadors.

It’s a standard truck with a large gun that can fit a lot of rockets. But these rockets contain smaller bombs that, upon the explosion of the main rocket, release and cover a much larger area, destroying it entirely.

Today, the aftermath of the bombing is clear. Three sites now lay in ruins: a military base, a factory and a quarry where the manufacturer mines stone. Nine people died. Seventeen more are injured. Half of these victims were hit after the first rocket landed. When the rescuers arrived at the scene, another rocket hit them, resulting in a number of casualties. One rescuer died.

I have no words to describe the cruelty of Russian commanders who pushed a simple button to hurt civilians.

I’m devastated to report that Zaporizhzhia has officially entered the list of cities where civilians have died due to Russia’s “special operation”. Special operation of what? Killing the innocent?

I used to have plenty of work to do.

It’s my last year at the University, so I had projects, homework and exams. I had an additional business course I followed. I even passed an interview for a job as a business analysist, but the recruiter has since informed me that they’re waiting to discuss this further.

Maybe they’re waiting for the war to end, but who knows when it will end? I need a job to keep myself busy and make money and support my family. Mum lost her job, my brother’s little business doesn’t bring in as many clients as it used to, and my grandparent’s pension isn’t enough to cover all of the expenses.

Maybe I should sign up for programming or affiliate management courses. Or start learning the Polish language? Heck, even volunteering more! Perhaps I will get new skills and get hired faster? That way, I can come out of this war as a new professional worker with the skills needed to rebuild and support the economy of Ukraine.

My mind’s reeling from the options, but I feel stuck at every turn. How do you even find motivation and discipline in times like these?

My mental health isn’t in the best shape right now. I have to know what happens every second—otherwise, I feel anxious. So I’ve become addicted to the news feed.

Some of my friends have already escaped the country, trying to continue their lives in countries like Poland, the Czech Republic, Germany, etc. All of these experiences and thoughts leave me with one simple question: do I want to leave Ukraine?

Turns out, I legally can! Men between 18 and 60 are not allowed to leave Ukraine due to the general mobilisation, but I recently discovered on my medical card that I’m not eligible to be enlisted due to health reasons. I have a problem with my spine. It’s too weak to carry heavy weights and soldiers carry A LOT of things.

But do I really want to leave?

I spend hours thinking. Sure, I do love being alive. Not fearing for my life and for the lives of my folks sounds great. But is it the right thing for me to do? I’m hesitating.

I love Ukraine. It’s my land, my history, my… home. The home where I grew up, helped me become the person I am today. I’m proud of being Ukrainian. So, would I leave Ukraine in the pursuit of another life?

I have a feeling that… I’m right where I want to be.

In times like these, it’s an obligation to remain a decent human being no matter what. Apparently, some people are forgetting this. Every day I get reports of Russian troops being, well, barbarians—killing the innocent and looting their houses.

Grainy photos in our local telegram groups show how citizens prepare for a Russian advance by hanging up lifesized dolls on roadsigns, discouraging them and strengthening our own hearts. A sign is duct-taped onto the military uniform they’ve dressed the doll with. It says: Death to invaders. They are our enemies, and we must get rid of them for peace to come. It’s the only thing that matters.

But who would’ve thought that some of our people are on their side?

The police catch a lot of so-called “diversion groups” that are planting signs for Russian artillery shelling and airstrikes, getting intel about the Ukrainian troop’s location, etc. They are all Ukrainians.

They have Ukrainian citizenship, but can they be considered true Ukrainians for betraying the country that gave so much to them? Most of them are doing this for money, even laughable amounts at times.

Nobody likes traitors. Even Russians.

Then, there are looters who are getting their butts kicked every time they get caught. In Zaporizhzhia, our supply lines are still intact. Every shop has a list of basic products to sell.  But some people are marauding because they are opportunistic or because they think there is no other choice.

Yesterday, a father—in his 40s—and his son—16 or 17 years old—were caught and duct-taped to a street pillar. For what? Stealing a bag of candy. It’s cruel, I agree.

But it will surely stop them from invading someone’s home and stealing things from them.

There is always a choice.

It is to stay human.

Especially when there is war outside.

No matter how or what I think, I cannot push my opinion and beliefs onto other people. They have their own opinion about the world, what they want to do, how they want to do it and most of all—why they want to. And I have no other choice but to respect it.

Especially when this person is your loved one.

I am chatting with Lisa and everything seems so normal. Until she asks: “Sasha, do you want to leave this place?”

I say no. This is my home, my land. The answer stresses her out. I ask if she wants to leave. She doesn’t know yet. But her soul is in pain.

Although she remains optimistic and supportive of her family during the war, she feels unsafe and distressed. She thinks about leaving the city in pursuit of a calmer place. But there is no real safe place in Ukraine now. Sirens in every region of the country are going off—one by one. So she wants to leave the country.

Poland seems like the best option—some of our friends live there. They could help us. In Germany life would be harder, but Lisa knows the German language and she could put these skills to use.

She feels ready to do it. To finally leave and start a new life. With me.

I stumble before this vulnerable soul who has a much different outlook on the world around her than I do. We’re almost 3 years into our relationship. Lisa has become a part of my soul, the best partner that I could ever dream of. It sounds cheesy, I know, but when you meet that kind of person, you just want to be around them.

She wants to leave and feel safe. Will I do it for her sake?

If the war de-escalates, we will stay like usual. But if not… We now plan to go to the west of Ukraine, and then cross the border.

I haven’t told my mum yet—she is going to kill me.