Have you taken your vitamins today?

Two out of three Europeans buy vitamin supplements and half take a regular dose every day—whether they have a deficiency or not. The Covid-19 pandemic has only boosted the market, currently worth €14.5 billion on the European continent. But vitamins have also made their way into prisons—and shown remarkable results. According to research spanning the last three decades, prison violence dropped by up to 30% after a regular intake of vitamins and minerals by young inmates in the Netherlands, the US, and Australia, highlighting the clear connection between nutrition and mental health.

Created in the eighties by Etienne Baulieu, the RU 486—or abortion pill—has quickly gained popularity across Europe. In 2019, the WHO put it on its list of essential medicines as the safest option for early abortion. Thanks to its anti-progesterone effect, a pregnancy can be terminated up to 12 weeks after conception without needing a surgical operation. Is it as easy as it sounds? Not really. Despite the majority of European states covering the cost of RU486, some require the approval of two doctors or childcare workers—others require a full day at the hospital. These conditions constitute, barrier after barrier, a substantial impediment for people with limited resources and those already struggling to access the healthcare system. In Italy, the abortion pill is reportedly hard to find, whereas buying it is still considered a crime in Slovakia, Poland, Albania, and Malta.

Lack of concentration, insomnia, and impaired breathing. These are three symptoms of nasal spray withdrawal. Doctors warn that patients should be especially careful of decongestant nasal sprays. Patients using them for more than three days are likely to witness their symptoms worsening instead of getting better. Once accustomed to nasal spray, the nose becomes dependent on the decongestant and can no longer regulate mucus production. In turn, the snowball effect pushes patients to use more medications, in a vicious cycle that can last years and impact the nose’s internal membranes. Even without being medically recognised as an addiction, dependency to nasal spray medication is a problem among young people in Nordic and central Europe.

From poppers to laughing gas, chemical aphrodisiacs are the go-to drug for enhanced sexual pleasure. Even more than cannabis and alcohol, says the Global Drug Survey. Introduced by the gay community, poppers became an all-time 60s classic for their ability to improve the quality of orgasms and relax anal muscles. Today, because of their negative impact on the immune system, many prefer a different legal drug with similar effects: nitrous oxide. Once inhaled, the cheap “chem aphrodisiac” provokes a headrush high that comes with lowered inhibitions, euphoria and calmness. Despite both being sold legally, whether as nail polish removers, room deodorisers or in balloons, consumption differing from their original use is considered illegal.

The bitter side of sugar

In a thousand years of history, sugar has become a spice, a symbol of oppression, and lastly, an instrument of disease. Discovered in the Pacific, sugarcane entered the Mediterranean through Venice and created immense profits for Portuguese colonisers. Once they understood its climate was ideal for producing “white gold”, they brought enslaved Africans to construct and cultivate plantations in South America. Raw sugar was then shipped back to Europe, where it was refined and sold as a luxury. The trade dynamics are not that different today. Europeans still love sugar: individually they consume around 37 kg of it every year. Just a bit less than Latin America, but more than the United States. Such a high intake, four times the recommended amount by the WHO, is correlated with obesity, type 2 diabetes, and heart attacks. 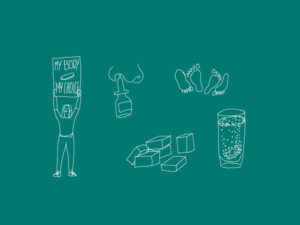