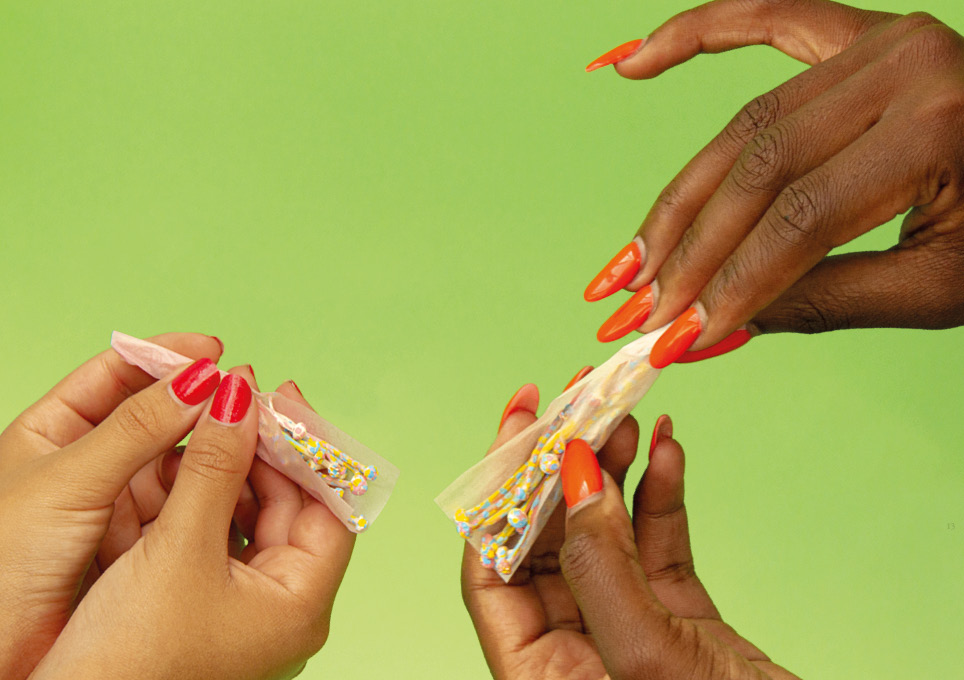 Later this year, Europe’s first commercial research facility for clinical trials of psychedelic substances will open its doors in London. Clerkenwell Health’s first trial will focus on the use of psilocybin—the active ingredient in magic mushrooms—as a treatment for anxiety in terminally ill patients.

This study is just one of many ongoing trials across Europe that seek to explore the impact of psychedelic substances on mental health. After decades of prohibition following the famous surge in mind-altering drugs during the 1950s and 60s, psychedelics are experiencing what many call a renaissance. From psilocybin to Ayahuasca and beyond, a whole host of so far illegal substances historically used by indigenous communities for spiritual purposes are now being explored for their therapeutic benefits.

Yet, Black communities have long witnessed perpetual racial disparities in mental health outcomes and a lack of culturally competent mental health provision. A lack of diversity among providers means that Black service users often struggle to connect. Worse, some counsellors confirm the very racial stereotypes that brought a person onto their doorstep in the first place, re-traumatising them in the process.

The numbers do not lie, either. A 2019 report on racial disparities in mental health, commissioned by the National Health Service in England, shows that Black and minority ethnic communities have a higher risk of mental illness. But disproportionately few Black people follow the standard pathway to mental health services via primary care services—like a family doctor or even a school counsellor. In turn, are overrepresented in crisis care, where experiences are often negative.Black people in the UK are four times more likely than their white counterparts to be detained under the Mental Health Act—which stipulates you can be taken to a hospital, kept there, and treated against your wishes.

While research as far back as 2002 has investigated the barriers to mental health services faced by Black communities, little has changed in the last two decades. If psychedelics could improve mental health—who advocates for Black people’s needs within this newly emerging field?

“Although the psychedelic community is growing in the UK, it is still very much a white space,” says advocate Buki Fadipe, who is partly of Yoruba descent. “It is in the US too, but there I’ve been welcomed into and embraced by a passionate community of Black psychedelic female activists and I’m feeling some comfort as the isolation is so real these days.”

I first came across Fadipe in 2020 when she spoke at the Psilocybin Summit as part of a panel of Black women speaking about their diverse experiences with psychedelics. I wondered why a nice British-Nigerian woman would want to spend her weekend talking about illegal substances.

When we speak later via Zoom, Fadipe confesses that her first experience with psilocybin was so overwhelming, yet amazingly beautiful, that it jarred her. “It made me realise that I wasn’t mentally strong enough to cope with all the information that I was receiving and what was happening,” she explains. Such an experience is not uncommon. A significant part of the work Fadipe now does through her Adventures In Om platform is to educate people about the importance of set (one’s mindset) and setting (physical and social environment) as a means of harm reduction—the practical strategies and ideas aimed at reducing the negative consequences associated with substance use.

The UK-born yoga teacher describes her path to the hallucinogenic plants—which she refers to as “medicine”—as a spiritual awakening. A few years ago, Fadipe plunged into a dark depression after suffering a family trauma. Keen to avoid traditional pharmaceuticals, she found a huge therapeutic benefit from meditation. Yet while the grip of depression began to loosen, she was still unable to recall her dreams, a sign she took as an indication that she had not fully healed.

While on a Vipassana retreat—one of India’s most ancient meditation techniques where participants remain silent for days—her dreams returned with a bang. “I sat bolt upright, whipped out my phone, put on the record button and spewed out the most insane dream I have had in my whole life,” she recounts. “I was just so excited that my dreams had returned but on reflection, as I was dictating the contents of my dream, it really reminded me of my first psychedelic trip. At that moment, it dawned on me that I needed to take psychedelics again.”

Fadipe describes the realisation as the true beginning of her journey into psychedelics. While living in Lisbon, she started researching and began to uncover the connections between mushrooms and both spiritual and psychological healing. Three years later, she shut down her former business and started a Master of Science degree in transpersonal psychology to become a psychedelic-assisted therapist.

Race and the psychedelic renaissance

Fadipe is surprisingly critical of the current trend in which psychedelics have become a fashionable fad, attracting coverage from the likes of Vogue. “I come across so many people who have been deeply depressed and have heard a few TED talks and ordered psilocybin truffles online only to turn up and say: ‘I’m still unwell!’ The new wave is still offering people a quick fix. This is not how these things work.”

For all the promise of psychedelics coming to the fore, drug policy advocate Camille Barton agrees that the absence of Black voices shaping the debate on what a future psychedelic field could look like is problematic. As an advisor to the Multidisciplinary Association for Psychedelic Studies (MAPS), the world’s leading non-profit psychedelic research organisation, Barton was one of the key organisers of the Cultural Trauma and Psychedelic Therapies workshop, a precursor to the first MDMA psychotherapy training for therapists of colour.

Despite being fully immersed in the field, even Barton says she has been frustrated at the speed at which psychedelics are being mainstreamed without much of the necessary nuance. “You have shows on Netflix like Have a Great Trip, with predominantly white celebrities talking about their psychedelic experiences with no awareness of the criminal justice system or the risks that vary according to class,” she laments. “If you’re a working-class Black person without a safe space to have eight hours to go into some other realm, if you might be partially on the street… That is a very dangerous situation to put yourself in because of the carceral state.”

The carceral system pushes an ideology of punishment and incarceration through practices —like predictive policing—that target marginalised people on both an individual and community level. Simply put: if you don’t have the privilege to avoid discovery or bypass punishment, taking drugs can easily transform an escape into imprisonment.

The absence of harm reduction from the mainstream conversation means there is a lack of nuance about the context of safety offered to different types of people. The reality is that while Gwyneth Paltrow can send her staff on a trip to Jamaica to heal through psychedelics, the war on drugs and the over-criminalisation of Black and brown people continues.

A key part of Barton’s work centres on educating therapists working with psychedelics so they can be aware of that landscape and avoid making decisions that reproduce historical harms. “It’s not as simple as popping these substances and thinking that we’re all going to save the world,” she reminds me.

So what could a more socially just introduction of psychedelics in the UK look like? For a start, there needs to be more joined-up work between harm reduction and drug policy organisations. While there are obvious alliances between the two, many psychedelic advocates and researchers have veered towards the scientific realm to try to dissociate their substance of interest from the stigma broadly associated with drugs.

Imani Robinson, a communications strategist at Release and editor at Talking Drugs, stresses that their focus is on decriminalising all drugs and that they actively avoid being part of any psychedelic exceptionalism. “As a Black person, whether you’ve taken drugs or not, you’ve been a victim of the war on drugs,” they detail. “Thinking about what it means to have a personal experience of the war on drugs. It’s not about whether you’ve consumed drugs or call yourself a drug user.”

Black and ethnic minority young men make up about 51% of the UK’s youth prison population despite constituting just 13% of the population. These figures can be explained, in part, by the disproportionate impact that drug law enforcement has on ethnic minority communities in the UK, through practices like stop and search. In Britain, Black people are nine times more likely than white people to be stopped and searched by police. From sentencing times to rates of imprisonment, the data consistently highlights the difference that Black people face in the war on drugs.

For Imani Robinson, drug policy is inextricably linked to social and racial justice issues. The prize at stake has less to do with whether or not some people get to take drugs, but more to do with how we will all survive and, in Robinson’s words, ultimately destroy the carceral state.

In the US, some organisations such as Journey Colab are seeking to go beyond access and equity to use psychedelics as a vehicle to create real gains in social justice and social change work. For example, one avenue that is being explored is how land can be restituted to indigenous communities who can use these as sites to grow their own plant medicines.

The challenge of balancing the mainstreaming of psychedelic-assisted therapies with repairing the harms caused by the war on drugs is no less relevant on this side of the pond. When I first spoke to Barton in early 2021, it looked as if this nascent moment offered the perfect time to organise. Big businesses—such as Clerkenwell House and Compass Pathways—set themselves up for these substances to be the next cash cow. They could, she suggested, build in a psychedelic corporate responsibility model that prioritises treatment and care for people harmed by colonisation and the war on drugs.

In addition to grassroots action, growing numbers of Black academics are highlighting the need to address race in psychedelic research. In ‘Culture and psychedelic psychotherapy: Ethnic and racial themes from three Black women therapists’, a paper in the Journal of Psychedelic Studies, Doctor Monnica T. Williams wrote, “As women of colour are among the most stigmatised groups of people, it is essential to incorporate their perspectives into the literature to expand conversations about health equity.” Yet only time will tell if these recommendations are actually responded to. 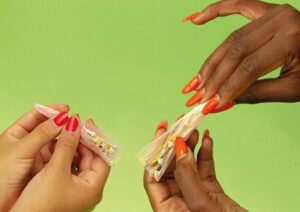