Antibiotic resistance is on the rise and we are not prepared 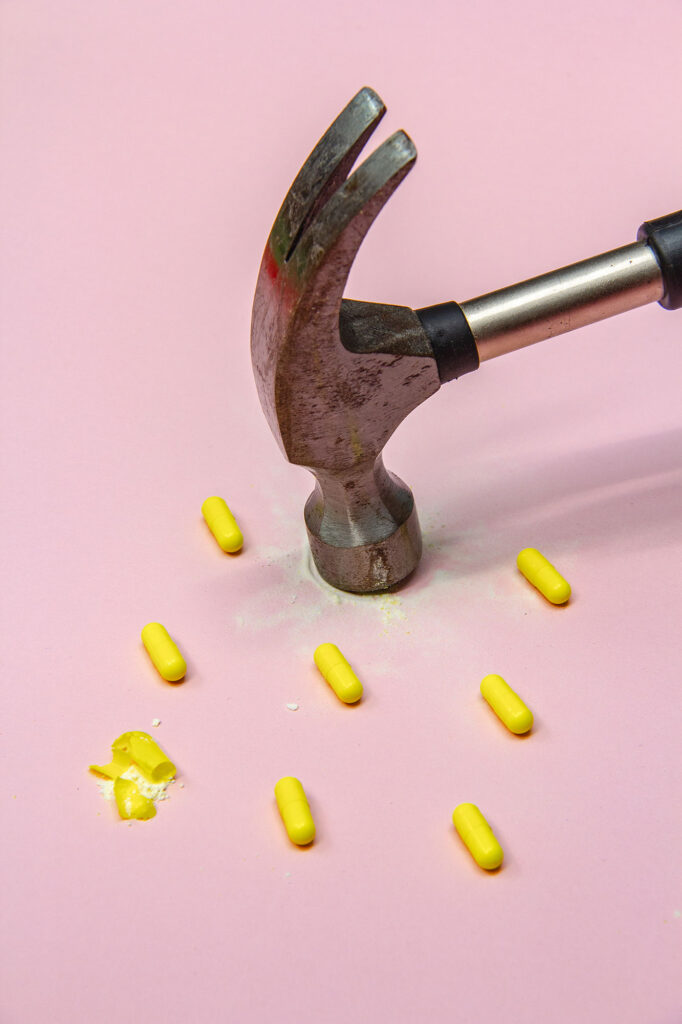 At first, I believed it was a visit to the doctor like any other: I had cramped over and over from lower abdominal pain, combined with occasional bleeding, caused by—as I later found out—a bacterial infection. At the appointment, I remember my doctor saying: “I’ll just prescribe you an antibiotic and your symptoms will be gone in a week.” Easy. Or so I thought.

I am a young woman, I am healthy, I live in a country with good healthcare, and I have health insurance. In short, I am used to being quite quickly presented with a solution to a medical problem.

Maybe that is why, as I approach the pharmacy, a feeling of anticipation builds up inside of me. It is not that I am excited about taking medication. I am simply looking forward to finally being healthy again. As is so often the case, I only deal with my health after receiving a diagnosis. Assuming I will not need to worry about any of this by next week, I head home with a pack of antibiotics.

A couple of days into the treatment, the first doubt flashes across my mind. Did I do something wrong? Am I just imagining my symptoms and my pain? Should I wait or should I make another doctor’s appointment? I do not know. After taking the entire course, nothing has changed. At the end of the month, I find myself in the same waiting room.

Much to my frustration, the doctor is no wiser than at my last appointment. She prescribes me the exact same medication—a seven-day course of antibiotics, a medicine that destroys or inhibits the growth of bacteria, thereby curing many infections. A suspicious feeling creeps up in my stomach. These antibiotics? They will not work.

What follows are six months of sitting in an unfathomable amount of waiting rooms, while doctors prescribe me antibiotic after antibiotic—with no success. My symptoms prevail.

Antibiotics are widely considered to be the basis of today’s medicine. But sometimes, bacteria and other germs develop the ability to defeat the drugs designed to kill them. Even Alexander Flemming, who discovered antibiotics in 1928, warned against the development of resistant bacteria. This risk of antibiotic resistance should be part of an open discussion between doctors and patients.

In the six months it takes to get me a correct diagnosis, the term “antibiotic resistance” is not uttered once. Yet this seems to be what is happening. Unfortunately, I only find this out after conducting my own research and talking to medical students I know.

In 2019, at least 1.27 million people died worldwide from drug-resistant bacterial infections. Doctor Hannelore Meyer is a group leader at the Institute for Medical Microbiology, Immunology and Hygiene at the Technical University of Munich. She explains how resistance erodes the foundations of modern medicine. “If at some point we have resistant infections on a large scale in our clinics,” Dr. Meyer explains, “we will no longer be able to carry out many treatments. People will then have to consider whether they want their new hip joint because such a surgery would simply be too dangerous.” The medical expert’s concern is shared by the UN, which estimates that the number of deaths per year due to antibiotic resistance could rise to 10 million by 2050.

“Doctors should first check which bacteria are present and whether they are resistant to antibiotics,” says Dr. Meyer. To come up with conclusive data, healthcare providers should culture the bacteria—a test to confirm what type of bacteria causes which infection. A sample of blood, stool, urine, skin, mucus or spinal fluid is sent to the lab, where they encourage any microorganisms in the sample to grow and multiply. Then they examine the sample under a microscope to identify bacteria or yeast. “The next day, they know which antibiotics can be used specifically.”

In many cases, antibiotics successfully fight microorganisms that cause disease. In some, bacteria develop mechanisms to protect themselves from the medication. The problem lies in the evolutionary capacity of bacteria. “Every microorganism tries to shape its environment so that it has the best possible conditions for itself,” says Dr. Meyer. It is the bacteria, not humans or animals, who become antibiotic-resistant. Bacteria can protect themselves in a myriad of ways. They can prevent antibiotics from being absorbed into their cells, flush out substances that want to enter the organism, and change the part of their structure that the antibiotic attacks, or simply destroy the antibiotics. In the case of Penicillin, resistant bacteria produce enzymes that break the beta-lactam ring of Penicillin open and thereby deactivate its antibacterial properties.

When the wrong kind of antibiotics is used or medication is not taken as long as prescribed, antibiotic-resistant bacteria multiply because they are the only ones that can survive and grow under these circumstances. This seems to be what happened to me. However, I was lucky: my infection was comparatively harmless. “It is more difficult when a patient has something life-threatening like sepsis,” Dr. Meyer describes. In severe cases, the mortality rate of sepsis increases by 5% per hour on average. If it is not treated, statistically speaking, the patient will be dead after 20 hours. “In this case, you don’t have time to cultivate a bacteria culture overnight to check what is causing the infection,” Dr. Meyer explains. “You take the drugs that have the greatest probability of working.” That’s why appropriate, fast and reliable diagnostics are essential for protecting the efficacy of antibiotics.

When I saw my doctor for the third time in three months, she finally sent a sample of my bacteria to the lab. I remember asking my doctor why she had not done so earlier. “The labs are very expensive, so I only send samples when I really have to,” she answered. Dr. Meyer explains why: “Health insurance companies only reimburse a small amount for diagnostics, which makes it unattractive for doctors.”

The development of antibiotics suffers from a similar problem. If an antibiotic no longer works because the bacteria has become resistant, another one must be used. That means we need antibiotics that are used as rarely as possible. “It takes up to 14 years and about €1.8 billion to develop an antibiotic,” Dr. Meyer explains. Pouring those resources into a drug that would rarely be used, makes no economic sense. And the sales prospects of these antibiotics are comparatively poor. In the best case, the treatment lasts about a week, after which the patient is cured. As a result, there is no—or not enough—profit to be made.

The situation is different for treating chronic diseases such as high blood pressure or diabetes—where patients are turned into loyal consumers. It is not difficult to guess which drugs pharmaceutical companies are more likely to develop.

Market regulation and new reimbursement models are needed to make the development of new and rare antibiotics lucrative. Some governments are testing new approaches to the reimbursement of antibiotic research and production. “In Sweden and Great Britain, they are testing a model in which a scientific committee selects several new antibiotics,” explains Dr. Meyer. “The state gives the company a certain budget per year to produce these and make them available. Whether the product is used or not is completely irrelevant.” Even though she does not yet consider this model the ultimate solution, it is a step in the right direction.

From livestock to rivers

In the development of new drugs, humans are in a never-ending race with evolution. This is why it is crucial to not only develop new drugs for resistant bacteria, but to prevent resistance in the first place. “This is only possible if we understand all the drivers of antibiotic resistance and act accordingly,” says Professor Clarissa Prazeres da Costa, group leader of the Institute for Medical Microbiology, Immunology and Hygiene at the Technical University of Munich.

Even though the most common known driver of antibiotic resistance is the misconduct of patients, like not taking a complete cycle of antibiotics, there are many other reasons why bacteria become resistant to antibiotics. “These drivers are not only the individual misconduct of doctors and patients, but also in animal husbandry, environmental pollution and access to high quality medicines.”

Antibiotics and their residue enter the environment—and our bodies, even if a person has not taken antibiotics themselves. Up to 75% of the world’s antibiotic production goes to livestock—though not to treat diseases. Many animals that are bred industrially, in densely packed stalls, such as pigs and poultry, are difficult to treat in isolation if they are ill. Instead, many farmers medicate their animals to prevent any outbreaks. Others use the drugs to fatten the animals destined to become meat products.

In 2006, the European Union introduced a directive to ban antibiotics in animal fattening. “At that time, farmers were still feeding their animals Colistin,” says da Costa. Colistin, which is most commonly used to treat intestinal diseases in animals, is rarely prescribed to humans because of its side effects. But the ban alone hardly has any effect because reserve antibiotics—those designated as “last resort” for cases of multidrug-resistant bacterial infections, such as Colistin—are still permitted. This legal loophole not only allows antibiotics to still be used in animal fattening, but it also fosters the development of resistance to such drugs.

In India, scientists found antibiotics in the river Musi—where many pharmaceutical companies produce their drugs. Some of the concentrations were a thousand times higher than the recommended limit, with industrial wastewater most likely being the culprit. This shows how pharmaceutical companies exploit lacking environmental standards—and thereby become drivers of antibiotic resistance.

Poor access to antibiotics—linked to social inequality—is also a significant driver for antibiotic resistance. “People with very limited resources buy only the few pills for which they have enough money,” says Professor Clarissa Prazeres da Costa. “The drugs are then not taken long enough and resistance develops. This can become even worse if substandard medicines or incorrect antibiotics are sold.”

Market regulation, an end to social inequality, a reform of animal husbandry and higher environmental standards—all would help to curb antibiotic resistance. But none of this will happen overnight. So I ask Dr. Meyer what I, as an individual, can do differently in the future. “When you are prescribed an antibiotic, ask what you are getting it for. Ask for a proper diagnosis, and ask for a bacterial culture to be sent to the lab. It’s your own body, your own health. Not the doctor’s.”

Before I go to the pharmacy for the last time—for now—to pick up my new antibiotic, I no longer feel any anticipation. I do not expect to be healthy soon—and I realise how much we rely on antibiotics. 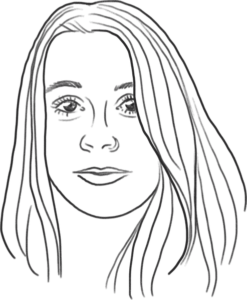 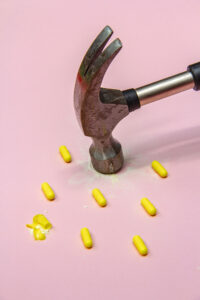