When they came for the family farms

The ongoing legacy of forced collectivisation in the Czech countryside 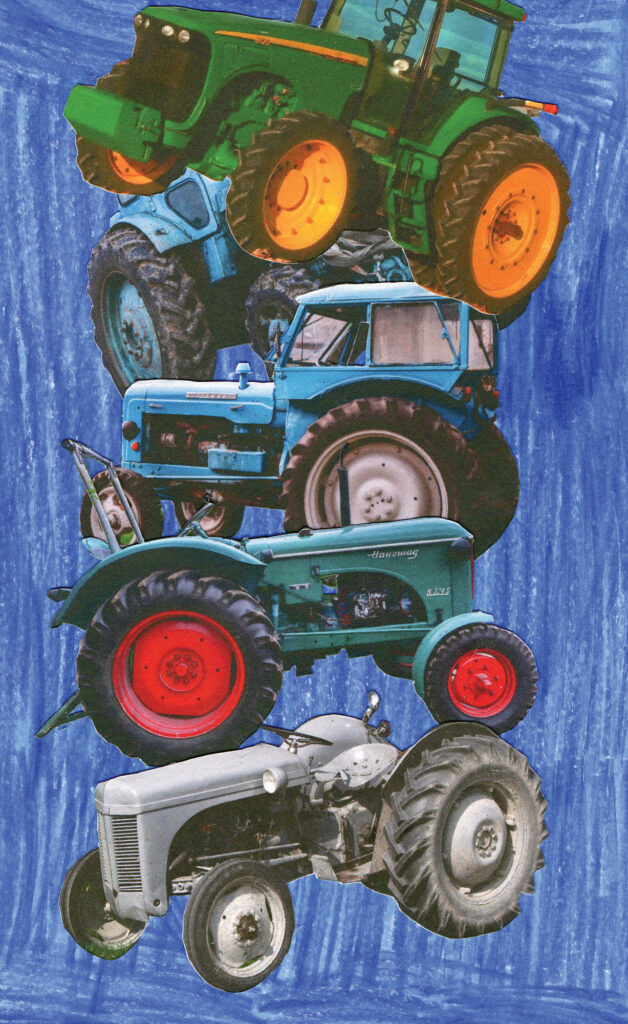 Like many Czechs, my family owns a chata. It’s a small cottage abutting country fields, a reprieve from the cramped quarters of apartment living. During the summers of my youth, the cottage and its long, narrow garden were my playground. I spent my days there hanging in and from the branches of apple and cherry trees. But despite its bucolic setting, from a young age, I understood that the chata was the legacy of a violent history—the history of forced collectivisation.

Our cottage dates back five generations on my mother’s side of the family. My great-great-grandmother Anička, after whom I was named, and her husband František built it in 1912 as a vejměnek, a home for retirement. Back then it sat adjacent to their family-run farm, in a village outside of Prague. My grandmother remembers the farm fondly. “I was very happy there,” she told me recently. “We had all kinds of animals and so many fruit trees. In the village, there was a pond. When it snowed, or at least when it froze, we would go skating on it.”

During this time, farming consisted predominantly of small and medium-sized holdings, but by the middle of the century, greater industrialisation and nationalisation of the agricultural sector had occurred. After the Second World War, as Czechoslovakia fell under the Soviet sphere of influence, the Communist Party of Czechoslovakia took advantage of the fear of a worsening economy. They convinced the public, through propaganda, to support land reform. Shortly after the Communist party coup d’état in 1948, a law on the formation of state-sponsored collective farms was issued and campaigns began against kulaks—a Russian term for land-owning farmers, derisively used by the Czechs.

The aim of collectivisation was two-fold: to convert privately-owned farms into state-owned collectives and to intensify the country’s agricultural production. At first, joining the newly formed Jednotného zemědělského družstva (JZD), or Unified Agricultural Cooperatives, was voluntary. Farmers who became members of local JZD branches jointly managed the land. In practice, though, these locally managed cooperatives used pressure tactics to coerce and intimidate farmers to join. By 1951, the communist-led government decided to take a harsher approach against non-member farmers. They launched “Action K”—for kulak—a policy that evicted these farmers from their lands and homes in order to expedite the creation of collectives.

This was the year that they came for František’s farm. My grandmother remembers that the family pleaded with František to join the local cooperative, but he refused. The act of political resistance had dangerous consequences. Besides eviction, many dissenting farmers were made to work in uranium mines, such as in Jáchymov in the north-western part of the country. Furthermore, their children were often banned from access to higher education. When František refused to join, his local cooperative set an output quota that was impossible for his farm to reach. After he failed to meet the quota, the cooperative seized František’s farm and detained him in Prague’s notorious Pankrác Prison. The other village farmers quickly joined the JZD.

The radical shift from individual to collective farms transformed the Czech countryside. In order to enable mass agricultural production, cooperatives built large-scale operations, consolidated land, and introduced the widespread use of mechanised farming technologies like tractors. This created sprawling farming zones and resulted in agricultural intensification, causing poor land drainage and greatly accelerated erosion. The effects can still be felt today. Presently, as reported by Eurostat, the Czech Republic has the largest farms in Europe. Its average landholding of 133 hectares is eight times the EU average. Conglomerates like Agrofert, founded by former Prime Minister Andrej Babiš, control nearly every aspect of the food industry, from farming to agricultural equipment and food production. A European Commission audit recently confirmed that Babiš exercised influence on the allocation of EU subsidies to Agrofert, finding him in breach of conflict of interest rules.

Large-scale farms are important in food production as they are efficient and reduce consumer costs. However, with low costs come negative externalities. Industrial farming is associated with higher carbon emissions, and it predominantly relies on monocultures—when farmers grow one crop in one field at one time—which threatens food security and degrades soil quality. Many view small and medium-scale family farming as a more sustainable alternative. While all farms have operational risks—such as from pests, drought, or market shocks—analysis by the European Parliament found that family farms are often more resilient to these threats than large corporate farms. This is partly due to their smaller size. From an environmental perspective, smaller fields typically preserve landscape features and promote greater biodiversity. Family farms are also more inclined to cultivate both crops and livestock, enabling nutrient recycling. As they are part of regional and local food supply chains, they have lower emissions from transportation. Apart from their size and structure, the flexibility of family labour and diversification of the agricultural business allows these kinds of farms to better weather disruptions.

Small family farms are also integral to maintaining cultural traditions and social cohesion in rural communities. The near extinction of private family farming under forced collectivisation severed the bond between people and their land. It changed the lives of the more than 4,000 families evicted from their farms, including mine. Prior to collectivisation, family farms were passed down from one generation to another. As such, farming was a key part of the social identity within the family as well as the village. Central to rural culture were traditions like the zabijačka, a wintertime pig slaughter event dating back to early mediaeval times. After collectivisation, entire generations left farming for good and similar traditions became less commonplace.

Action Kulak ended in 1954 and the Communist party declared the process of collectivisation complete in 1960. The practice of state-sponsored collective farming, however, continued until the fall of communism in 1989. The ensuing political and social changes provided an opportunity for people to take back their private farms, but the process of decollectivisation was slow. Some families were able to regain their seized property through restitution, the legal restoration of ownership rights. Others were not. The implementation of restitution laws has been inconsistent. Those who were able to regain their land often found it impossible to start farming anew, with land damaged and generational knowledge lost to time.

In truth, my family was one of the lucky ones. Despite facing eviction and even expulsion from the village, my great-great-grandmother Anička was allowed to move into the vejměnek next door to the farm. It is the cottage that my family owns, where I spent my summers. Still, I often wonder what my life would be like if we had been able to keep the entire farm, or what our village would look like if the farms had not been consolidated. Today, the landscape is nearly unrecognisable to my grandmother. In the push for land consolidation, the ponds disappeared, and diverse farmland was replaced by wheat and rapeseed fields. No family farms have returned.

The changes in the land my grandmother experienced because of forced collectivisation are similar to the ones that I see now, this time caused by droughts exacerbated by climate change. The fruit trees I used to climb up as a child are drying up, and a lack of soil moisture is affecting crop yields across the country.

The impact of climate change will require greater resilience in our agricultural systems. Unwinding the damage done by forced collectivisation may not be possible, but smaller family farms—with sustainable land management, agribusiness diversification, and generational knowledge-sharing practises—offer a solution. Perhaps past models of smaller-scale farming, like that of my great-great-grandparents, can serve as inspiration as we face a future of climate disruption. 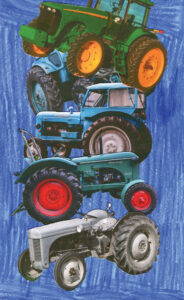